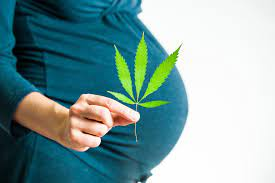 Pregnant women are cautioned to avoid drugs and alcohol during and after the birth of their child as a way to avoid manifesting disorders related to fetal development. The epigenetics of a fetus's dopamine levels are one of the many behavioral changes that affect the genes of a child in the uterus.  Cannabis sativa, otherwise known as cannabis, is a psycoactive drug that derives from a plant that is often smoked or inhaled for the relaxing effects and medicinal properties it offers. While smoking cannabis causes an increase in dopamine levels in adults, it has been questioned as the link that alters the patterns of DNA methylation of a baby in utero of pregnant women who smoke it, similar to the relationship between methylation and mothers who smoke tobacco. DNA methylation is a process that modifies DNA to protect it from being destroyed. It regulates gene expression  by inhibiting or binding the proteins involved in gene repression.  A study of 57 pregnant women who use drugs, 44 who used cannabis, was conducted to observe the changes of THE DRD4 gene of a fetus at 8 weeks of pregnancy. The dopamine receptor gene DRD4  is a protein coding gene that regulates dopamine levels and behaviors related to said dopamine levels. A SEQUENOM MassARRAY was used to measure the DNA methylation of the DRD4 gene in mothers who smoked cannabis to understand how cannabis affected the gene. The CpG sites of DNA that were tested and observed in the DRD4 gene confirmed the link between cannabis use and increased DNA methylation, but with other drugs such as tobacco, it was the complete opposite. Due to these results, there was very weak evidence as to whether or not cannabis alone fully altered the DNA methylation of the DRD4 gene in an offspring.

Posted by Salama Ishage at 7:48 PM