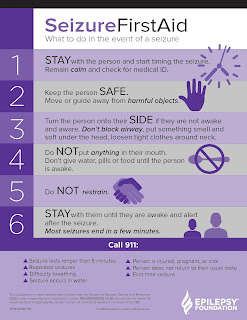 A new study, led by Dr. Isabel Haviland, a postdoctoral research fellow in neurology/neurobiology at Boston Children's Hospital and Harvard Medical School, reveals that genetic testing may be the key to managing and treating unexplained epilepsy in children.

"Among the children whose treatment was affected by genetic testing: 36% had an impact on anti-seizure medication choice; 10% were eligible for gene-specific clinical trials or experimental drug use; 7% were started on a gene-specific vitamin or metabolic treatments, such as the ketogenic diet; and 3% were treated with a drug not yet approved for their type of epilepsy." (USNews)

Posted by Oliver Baumeyer at 1:52 PM