The Virtue of (Genetic) Selfishness? 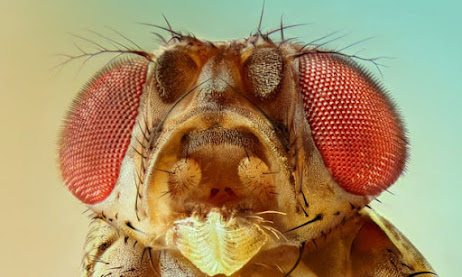 While all organisms are in a constant evolutionary arms race to adapt in order to survive, there is another arms race going on within the organisms themselves. In the human genome, there are a multitude of genetic elements that seek to propagate themselves with no benefit to the host. Termed "parasites of the genome", they can cause harmful mutations, distort sex ratios, and drive a species to extinction. To study these, we can take a look at one of our model organisms for genetic research: the Drosophila. Certain species in this genus can have between 5 to 12 meiotic gene drives, and their quick reproductive cycle makes them easy to study. These meiotic gene drives are passed into more than 50% of offspring and spread rapidly through a population. One of interest is the Dox (or distorter on the X) found on the X chromosome that kills the Y chromosome. Researchers discovered that Dox-like (Dxl) genes produce histone which disrupts DNA packaging in Y-bearing male sex cells and ultimately leads to their death. This means that future generations will have fewer sons and mostly daughters. The Dxl genes continue to propagate themselves but at the expense of the overall health of the species. Those Drosophila carrying the gene have reduced fertility and the population becomes disproportionately female-- which can in turn lead to their extinction.

So while Dxl can really alter sex-ratios to pass themselves further on, Drosophila has evolved a defense against this. "Disguised" as the real thing, modified Dxl genes stealthily release small RNAs instead of Dxl proteins. These RNAs effectively silence the Dxl genes with RNA interference. So as these "selfish" genetic elements propagate themselves, the genome has to evolve to keep the pace. As mentioned before, repetitive gene copes, like the Dxl gene, can also be found in great apes and humans. Evidence of this arms race phenomenon contributes to our understanding of genomic evolution and leaves the door open for advancements in knowledge of our own genome.

Posted by Christina Fisher at 11:04 PM