MUTANT SALMON: The Future of GMO's Feeding the Growing Population 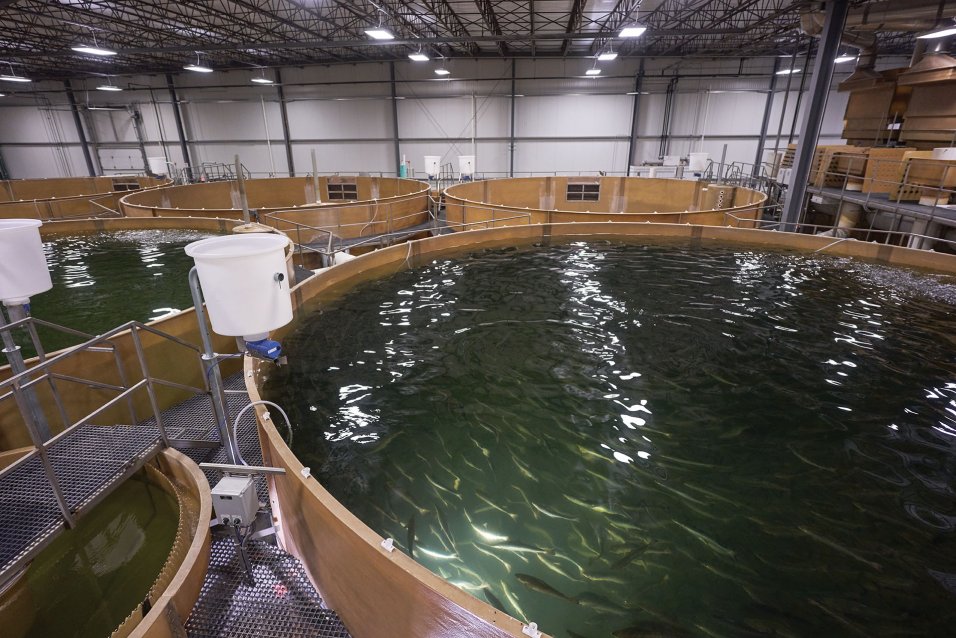 An Indiana-based company named AquaBounty Technologies has developed a genetically modified salmon named AquAdvantage Salmon that is the first genetically modified animal to be approved by the FDA. AquAdvantage Salmon are a combination of Atlantic salmon, Pacific king salmon, and Arctic Ocean eelpout. According to sources, Atlantic salmon have a high mortality rate as juveniles, so by inserting a growth hormone gene from Pacific salmon, the AquAdvantage Salmon not only have a higher survival rate, but they also grow twice as fast. This is important to aquaculture because when a fish reaches maturity in half the time, it can be harvested sooner, resulting in a surplus in the food supply, and lower prices in the grocery store, which will make salmon more accessible to low income households.

AquAdvantage Salmon are a huge milestone in genetically modified organisms. With the projected world population reaching 10,000,000,000 by 2050, food insecurity will likely become a major issue, especially in developing countries. With AquAdvantage Salmon growing twice as fast as wild caught salmon without injecting or treating them with artificial hormones, it provides a healthier and more sustainable source of food. Additionally, overfishing is already a major issue around the globe, so introducing farmed fish into the food system allows for damaged ecosystems to regenerate and heal. If this idea is applied to domesticated animals, such as chickens or cows, it could completely change how the world produces food, for the better.

Posted by Nicole Haralampoudis at 2:03 PM