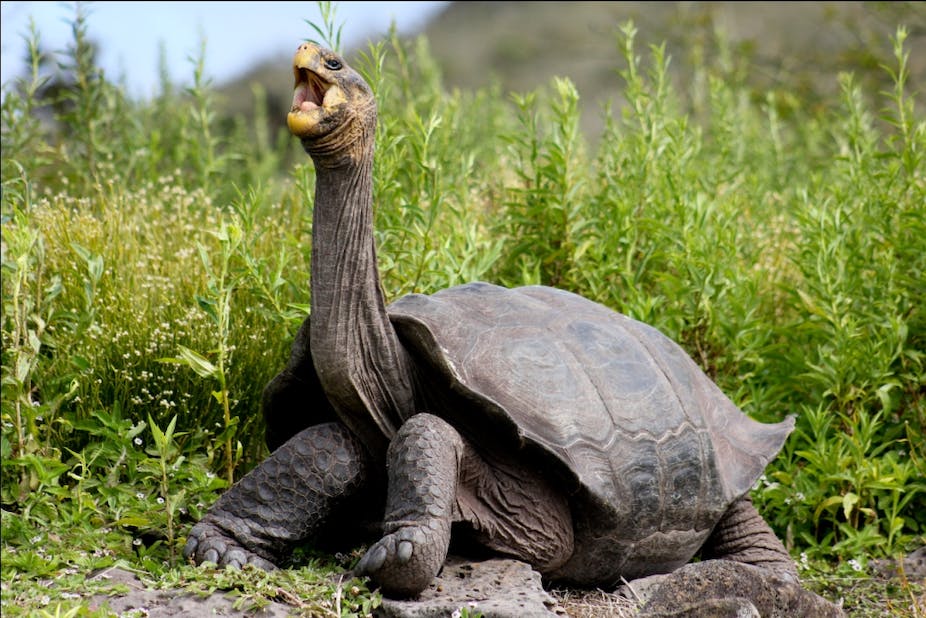 Giant tortoises found in the Galápagos have been often known to live over a 100 years. These particular tortoise have evolved to now have extra copies of the genes that fight against the issues associated with aging like cancer. A series of experiments determined that these turtles have cells which are overly sensitive and are able to go through apoptosis (self-destruct) as soon as they are exposed to stresses related to damaged protein. This mechanism allows for destruction of glitchy cells before they turn into tumors which is a way these animals avoid cancer.

These results were very interesting as it would be expected that animals that are bigger and tend to live longer would have higher cancer rates. Some scientists believe that studying the way some species have evolved to gain traits like this, can be translated to help in human health and disease. This also shows the importance of conserving biodiversity to study species like these turtles to learn how their special mechanisms can help us deal with our health challenges.