According to an article written by Asher Jones from The Scientist, there is a protein that may be contributing to the high rates of cancer in humans. This protein is called the Siglec-XII which is possibly promoting carcinoma progression in humans. These proteins are found on innate immune cells and involved in cell signaling. Siglec-XII is encoded by the SIGLEC12 gene and in this when it is no longer binding with sialic acid, it starts to have abnormal cell signaling. Nissi Varki and Ajit Varki, researchers from UC San Diego of Medicine had stated that protein plays a role in the progression of cancer and could explain why the rate of cancer progression is high in humans. 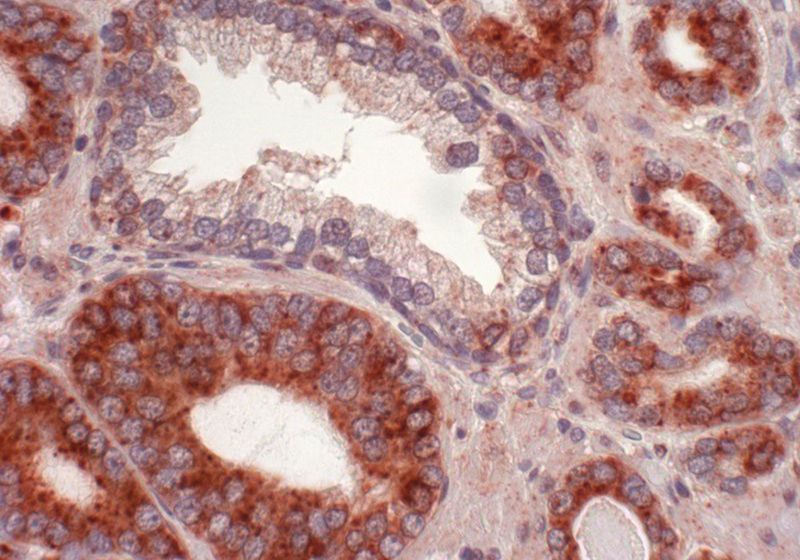 The researchers had found that about 30% of people that produce the Siglec-XII protein are more than twice the risk of developing a more advanced cancer compared to people who do not produce the protein. The protein is expressed on epithelial cells and has unique human features such as a fixed homozygous missense mutation which inactivates its natural ligand recognition property, and a polymorphic frameshift mutation that eliminates the full-length protein expression in approximately 60-70% of worldwide human populations, etc.  It is quite remarkable that researchers are discovering how cancer cells are being promoted and I think if they are able to figure out exactly how this is happening then they might be able to find a way to stop the protein from forming and may be able to reduce the rate of cancer in humans.

Posted by Marilyn Aboagye at 9:37 AM