Odorrana Swinhoana Provides Clues on the Evolution of XY Systems 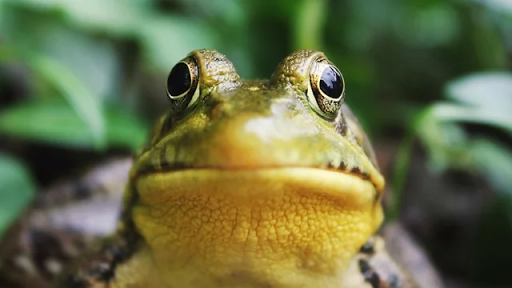 Odorrana swinhoana is a frog species that has six sex chromosomes. This is rare in amphibians; scientists have only discovered multiple sex chromosome systems in 10 species of amphibian. "The O. swinhoana frog species is the first vertebrate known to retain descendant genes that now determine sex in mammals, birds, and fishes inherited from a common ancestor" (Hiroshima University).
Translocations are chromosomal abnormalities that happens when a chromosome breaks and its fragment fuses to another. The first discovered case of this occurred in 1980, with the Raina narina. Their sex chromosomes are X1Y1X2Y2 for males and X1X1X2X2 for females. The sex chromosomes for O. swinhoana for males and females are X1Y1X2Y2X3Y3 and X1X1X2X2X3X3 respectively; three translocations in males created this system of six sex chromosomes.

The male determining gene in birds, Dmrt1, and in platypus and fish, Amh, are located on the Y1 chromosome of male O. swinhoana. Also, the therian mammals' ancestral SRY gene, Sox3, is located on the Y3 chromosome. The major sex-determining gene out of the three aforementioned ones isn't known yet. However, the discovery of these genes gives some information on the relationship between these animals. They may share a common DNA sequence.
Their data suggests that these translocation are nonrandom. It gave them a new viewpoint on the evolution of multiple sex chromosome systems.