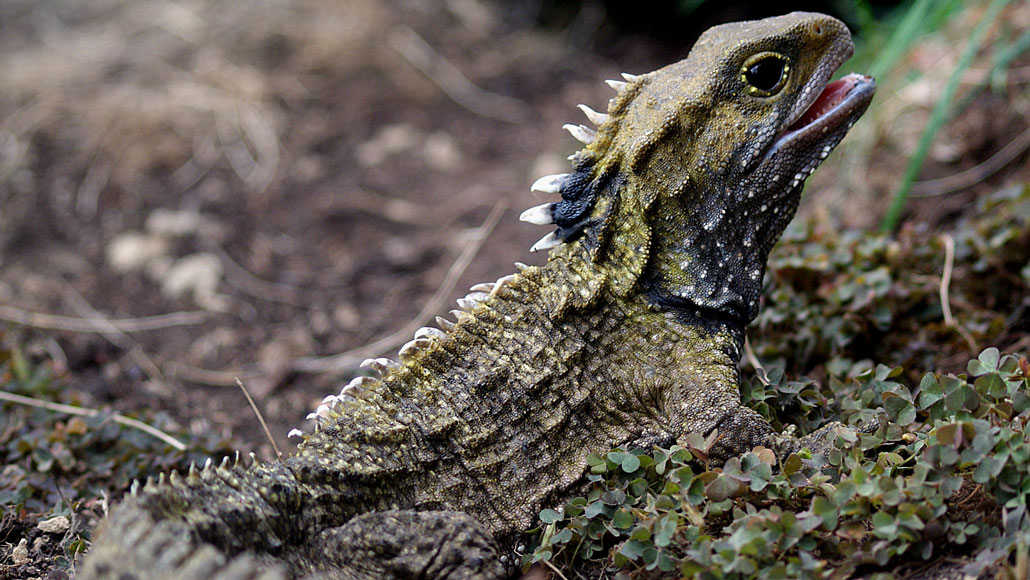 Lizard-like species tuatara has two distinct mitochondrial genomes. This revelation was reported recently in January 2021. Tuataras genomes are a very important discovery in nature today as they are the first vertebrate species that are found to have multiple copies of mitochondrial genomes. Mitochondria are tiny energy factories, and their genetic material is usually important in building the structures and keeping them running. Mitochondrial is essential in the development of aging, cancer, and many other biological diseases.

Finding animals and other species that carry additional mitochondrial genomes can help advance the research of finding cures and diseases that stem from mitochondrial DNA. By studying animals' mitochondrial genomes, we may potentially be one step closer fully understanding how some human diseases work. Efforts to decode the tuatara’s genetic makeup began in 2012, with the launch of the Tuatara Genome Project led by Neil Gemmell, an evolutionary biologist at the University of Otago in Dunedin, New Zealand. His team discovered that the tuatara genome is 50 percent larger than the human genome. This led to a deeper exploration of the mitochondrial part of the genome which is where they discover that this species has two mt- genomes. The discovery raised concerns since mitochondrial DNA is usually inherited only from a mother’s egg, so the scientists expected to see a single copy of the mitochondrial genome, not two copies like they would see in nuclear DNA, which is inherited from both the mother and father. They believe that the purpose of the two mt- genomes are to provide flexibility in how their metabolisms respond to temperature extremes. This finding of the genetic basis for the animal’s metabolic feats can eventually help explain the mitochondrial genome’s function which will then help find treatments for human metabolic diseases. It is wild to me to think that a species can carry two distinct genomes.