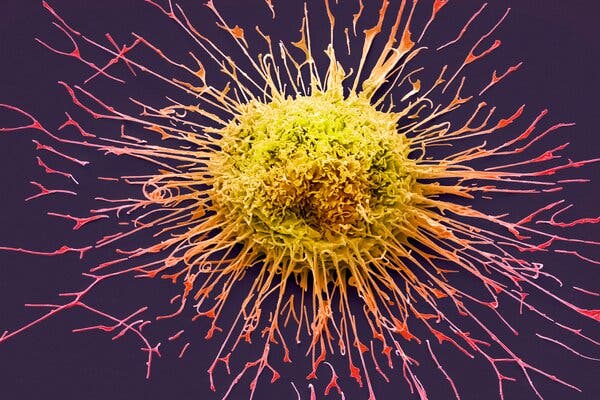 Can scientists really shoot down cancer's death star? According to an article in The New York Times written by Gina Kolata, it could be a possibility. During a long 40 years of hard work and effort, teachers were able to succeed in defeating one of the most common cancer-causing mutations in the human body. By finding this genetic mutation scientists believe that patients with lung or colorectal cancer have a better chance of living a longer life. Scientists also believe that finding this mutation will help lead to better drugs o reduce the spread of cancer in all patients.

It is hard to believe that this is a real scientific finding and hits close to home. Back in 2010, my brother was diagnosed with Burkitt's Leukemia, and shortly after that my best friend's sister and my uncle were both diagnosed with severe brain tumors. Although they did not have lung or colorectal cancer I wonder how this scientific discovery would have affected their treatment. A way that scientists were able to find an in to help block the growth of cancer is by the KRAS mutation. KARS is a protein that fluctuates from the on to off position thousands of times per second but researchers were more interested in how to get that protein to stay turned off to stop the growth. One doctor named David Reese even described this "death star" as being so smooth like there was no point of entry. Dr. Shokat and his team of researchers scanned over 500 molecules until they found the one that did the trick. Although they do not name the molecule in this article they do let the readers know that Johnson and Johnson along with eight other companies are working on a drug to take down this death star.

About KRAS mutation: Mutations in Human Cancers Through the Lens of KRAS