Can The Blind See Blue

How Do Blind Worms See the Color Blue? 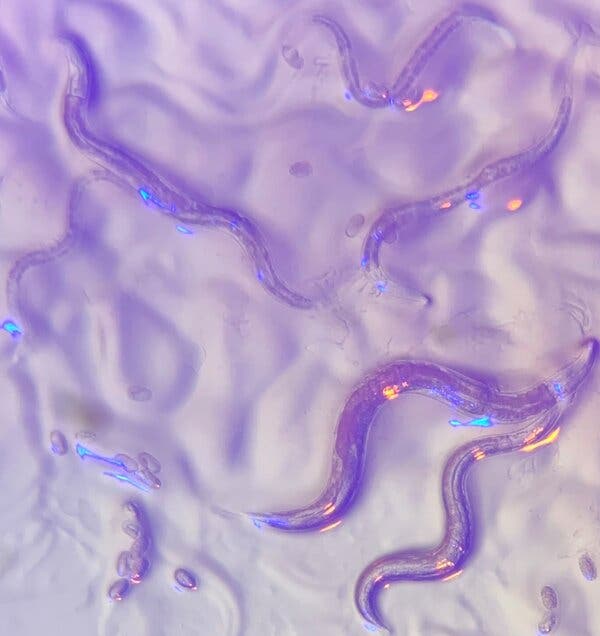 In an article from The New York Times, an author named Veronique Greenwoodwrites about how blind worms can see the color blue. One of the first things he mentions is how in a lab experiment the researchers place worms on top of different microbe species to see if the worms will devour the toxic species or if they will move away to eat the safe species for dinner. One of the microbe species that blind worms know are toxic is pseudomonas aeruginosa; scientists know that the worms know it is dangerous because they slither away furiously.

The main researcher in this working theory was Dipon Ghosh, a graduate student from Yale University in Cellular and Molecular Physiology. One of his thoughts that lead him to think that worms could see blue was that pseudomonas aeruginosa is a bright blue shade. A way that he proved this hypothesis was that he conducted an experiment at The Massachusetts Institute of Technology using worms, patches of pseudomonas aeruginosa, and lights on a light switch. When he turned off the lights and placed the worms on the pseudomonas aeruginosa patches. Once he did this he could sense his hypothesis had some traction because when the lights were off the worm's reaction time to move away from the toxic microbes was much slower.

As more research was conducted Dipon Ghosh found out that the lifespan of a worm can be affected by light and that is where the next hypothesis formed. As the article continues and more experiments are performed researchers realized that worms do not move away because pseudomonas aeruginosa is toxic, they move away because of the bright light that it omits. The article "How Do Blind Worms See the Color Blue" was very interesting and something I have never heard about, when I saw it I had to jump on the opportunity to read it.

Article: How Do Blind Worms See the Color Blue?

About Light Affecting A Worms Life Span: How Light and Heat Affect Worms