The article from Science News written by Erin Garcia de Jesus discusses the new study that suggests that a defective gene may turn some bunnies' hops into handstands. A type of rabbit called sauteur d'Alfort moves its legs back in the air and walks on its paws to move faster. This type of bunny isn't the only species to have adopted this trait if they inherit the mutation gene known as the RORB. Mice is the other type of species known to have the mutation in their genes to move while doing a handstand when they start to run. 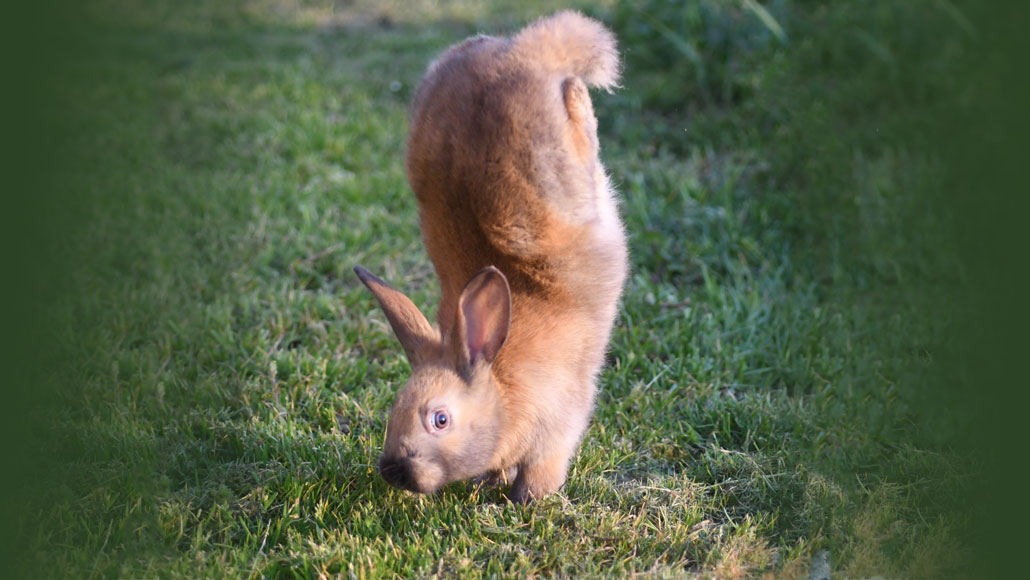 To further determine how this is possible, Miguel Carneiro from the University of Porto in Portugal and Leif Andersson at Uppsala University in Sweden and their colleagues bred a sauteur d'Alfort with a regular rabbit that can jump and they sequenced the genomes of the pair's 52 grandchildren. During their, they found that the baby rabbits that couldn't hop had a single mutation in both copies of a gene called RORB and also found that there were fewer neurons that expressed the RORB protein in their spinal cord which most likely interfered with the movement in their hind limbs.

I didn't know there was such a gene that could allow certain species to do handstands instead of normal walking. I always find it interesting to read articles that provide knowledge about these genetic differences occurring in animals.

Posted by Marilyn Aboagye at 11:41 PM