DNA was Discovered in the Air with Mole Rats 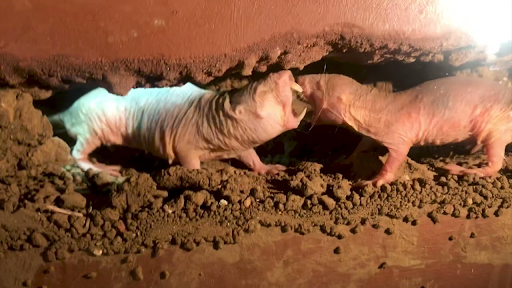 DNA from mammals was discovered in the air, just like in water. This invisible environmental DNA can be found useful in many ways, especially in fields like forensic science, public health, and ecological settings. Researchers in the UK are who discovered this. A scientist, Elizabeth Clare has been studying the genetic footprint left by organisms in the water. This is to help get a better understanding of the organisms that are frequenting certain areas. This has also proven very useful in monitoring endangered species, like the white shark. This is proven to be more effective than the traditional tracking methods.

In water settings, scientists have also been introducing new eDNA into territories, to study how the organisms in the area react. This has also been done on terrestrial organisms as well, but the samples have only ever come from water.

To discover the eDNA in the air, Clare and her team used a pump to draw air through a 45-22 micrometer filter to a housing colony of mole rats. They also did multiple samples with time being one factor, seeing if the longer it ran the more sample it collected as well as where they took the sample. One was in the burrows created by the mole rats and the other was at the top of the larger room. This eas the only thing that led to significant difference was the burrow size vs the large room in yield amount of sample collected, the burrow led to more sample due to being more condensed area. It seemed time and filter size did not have an effect.

The problem these scientists now face is contamination. In the negative control, human DNA was found in there, which would suggest it came from the scientists. This can then conclude that the mole-rat samples are also contaminated with human DNA. Other scientists have done studies similar to plant's eDNA and could use techniques that they used such as blocking probes during sequencing. This will not allow for DNA from humans to amplify. Other suggestions include using suits with respirators, also applying dust traps weeks in advance as well.

This research could leave to forensic science application. Being able to determine who was in the room, can help find a convict a guilty suspect. As well, it can be used in public health. Now, these advancements are far away, as it was just discovered being able to extract eDNA out of the air. Soon I think this will be very useful in getting even more accurate crime convections. And protecting public health. It will also be interesting to see how long eDNA lasts in the air after an organism has moved away.

Posted by Alexandra Urbanek at 7:48 AM