A Difference in the Genetic Alphabet 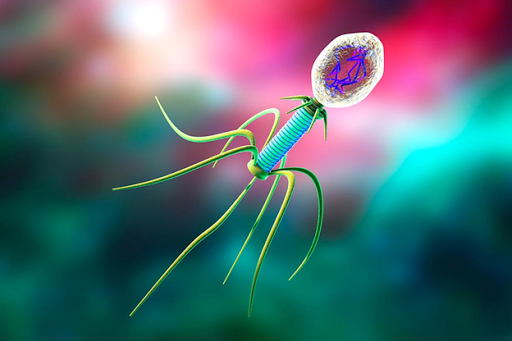 A bacteriophage with no adenine was discovered in the virus known as S-2L. They infect cyanobacteria and this was discovered in 1977. Instead, the nucleotide is known as diaminopurine or 2-aminoadenine, this has been shorted to the letter Z. Another difference between adenine, A and Z is that Z makes three hydrogen bonds instead of two when being paired with thymine, T. It is still not certain why this has occurred. But this has been shown to happen in other bacteriophages as well not just S-2L.

A scientist and his colleagues, Pierre Alexander Kaminski, sequenced the genome S-2L. This was in attempts to figure out the pathways that allow this to differ from nucleotides known. In doing this purA-like gene was found to be similar in sequence. This encodes for the enzyme creation of adenine but proved to be difficult to follow and was later abandoned for the time. The team would frequently rerun the databases, until 2015 when they found a Vibrio phage. They are much easier to work with than S-2L and proved to be similar to S-2L and purA. It also was found to contain the Z nucleotide. In turn, they termed the purZ gene, which has similar pathways to purA.

In another study done, the diaminopurine was found to be encoded by DNA polymerases instead of coding for adenine. Which it was interesting to see S-2L does not have this DNA polymerase, but the other 9 phages research did have it. There is still much research left to do and answer so many unknown questions with Z.

I think this is very interesting to see. It honestly is an eye to show how little we still truly know about the world and the organisms that inhabit it.

Posted by Alexandra Urbanek at 11:43 AM