A New SRY Gene Fragment has been Discovered 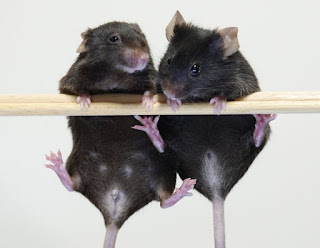 The SRY gene was discovered in 1985 by studying the DNA sequences of a person with ovaries and a XY gene and 3 people with testis and XX genes. This supported a long held theory that having male genitalia was not a consequence of having a Y chromosome but having a specific gene on the chromosome. The development of human sex charactaristics and it's linkage to specific genes remains largely a mystery.

Recently researchers in Japan have discovered another piece in mouse SRY. This second piece of mouse SRY, SRY-T, consists of two exons. This SRY-T also seals "instability sequences" on the end of SRY preventing it in degrading, meaning SRY-T is just as crucial for the development of testis as SRY. So the same differences in phenotype when displacing the SRY gene also occur when displacing the SRY-T gene, this was confirmed by researchers at the University of Queensland by using CRISPR. I think this new discovery of a male genitalia linked gene will give us more insight into the development of sex characteristics of both male, female and intergender people.