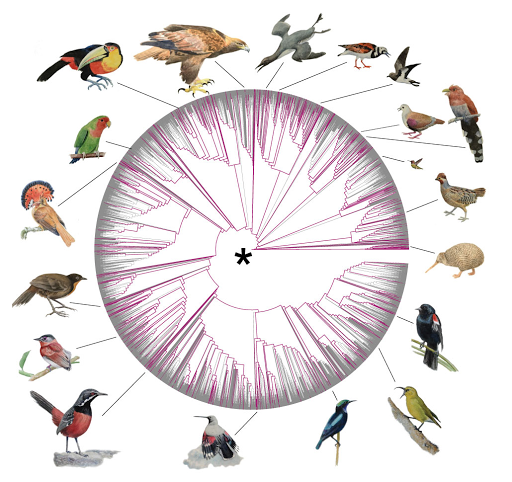 On this planet, there are more than 10,000 bird species. Recently, scientists have gained a better understanding about these feathered animals and the evolution behind them. This new found knowledge came about when a international team of researchers released the genetic instruction books of 363 species of birds. Within this book was 267 genomes that were assembled for the first time ever. Scientists were then able to use this new data to figure out the varied traits of birds like adaptions for flight, etc.

Researchers then took the DNA from bird tissue samples from 17 scientific collections that span across the world. This data was around 92 percent of all modern bird families including chickens and even a rare species like the Henderson crake. Ornithologist Michael Braun of the Smithsonian National Museum of Natural History stated Braun says that the "data can be used better understand everything from the parallel evolution of flightlessness in ratites like emus and kiwis to the evolution of vision and song learning in birds overall". Researchers have already found peculiarities in some of the genomes and don't plan to stop assembling and releasing genomes until ever species is included.

I think this is a great advancement dealing with the evolutionary history of birds. I hope that more genomes are discovered so that we can have a better understanding of the bird tree of life and all the different traits they have. I also would like to learn more about birds in general and all the different types there are.

Posted by Giavanna Panico at 10:18 AM