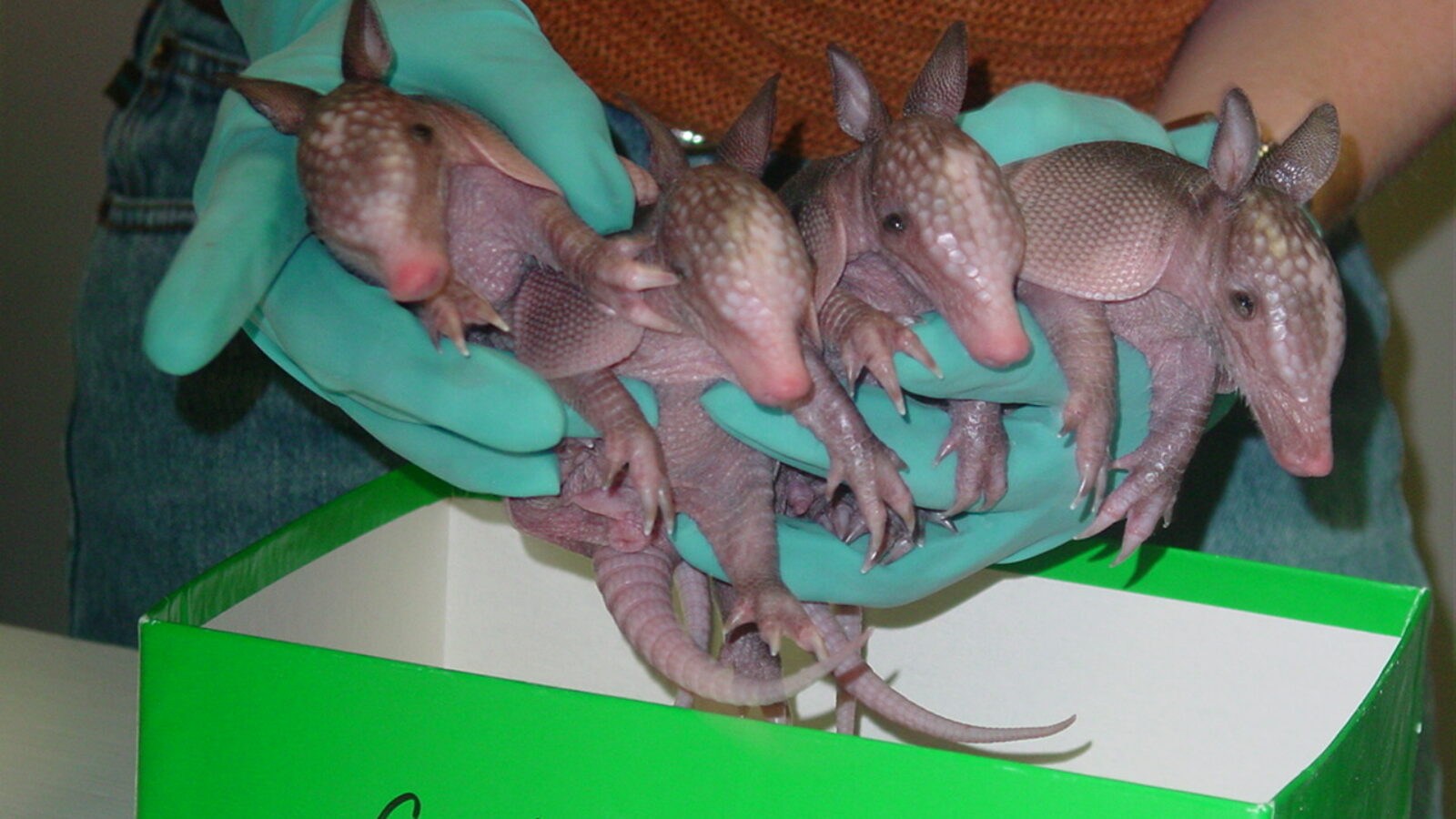 The nine banded armadillo is wholly unique when it comes to its offspring. Without fail, a female armadillo will give birth to quadruplets, all genetically identical. This is due to the fertilized egg splitting twice, creating four embryos before they are implanted in the uterine wall. Also that nine banded armadillos can have distinctly differing personalities and behaviors after birth is also intriguing for the scientists, but still have the same genes. There could be also slight physiological differences between offspring. Since armadillos have the 32 pairs of chromosomes to play with , it could lead to greater variety of the genome. Also that early in development, the X chromosome of the embryos will start suppressing parts of the genome at random. Silencing some genes while activating other genes that make slight differences in the offspring's DNA. Also they factor in the environmental changes that could affect behavior, the majority of how the personality is determined is still a black box . What ever genes that affect personality go in, the expressed personality and behaviors come out.

A Louisiana research facility studies the nine banded armadillo for Hanson's disease (leprosy) and its transmission to humans, possible inheritance, testing methods to detect leprosy ,sequencing the genome and strains of leprosy and medicines to treat the disease. Scientists could have new model to study gene expression and heritability.

It could shed insight on how human identical twins could have differing genes from the same sequence and how it affects their health.