It's just not appetizing to me. 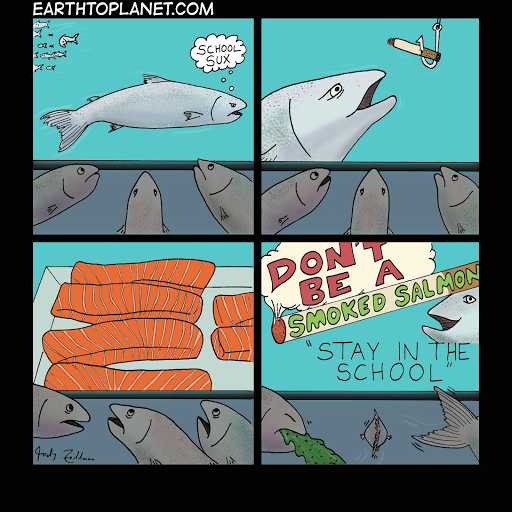 But this post isn't about my fish opinions, it's about salmon, the first genetically modified animal to be approved for human consumption in the US, although it's only been sold in limited quantities in Canada so far. These salmon, grown by a company called Aquabounty, are Atlantic salmon that have been injected with DNA from other fish species to make them grow faster. While the fish have been cleared for consumption, the environmental impact they can have is currently being discussed by the FDA after a judge's order. Despite the fact that the fish are supposed to all be sterile, there is a possibility they aren't and could get out into waters to breed with other salmon as production increases. It's nice to know the court is able to have the FDA more into this new process to make sure it keeps people and the environment safe. I probably won't be able to tell the difference, but I'm looking forward to safely eating salmon roll with genetically modified salmon.