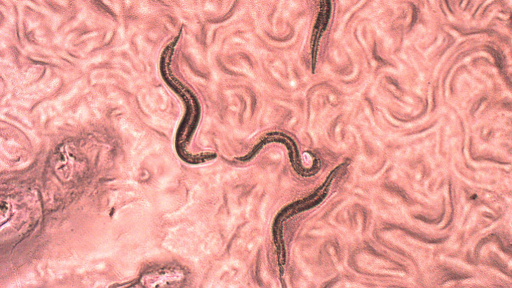 "Devil" worms, scientifically referred to as Halicephalobus mephisto, is a nematode that obtained its nickname from the extreme environments from which is resides. The original sample of the nematodes studied was found 1.3km underground in an environment with low oxygen levels, high methane levels and a temperature of 37 degrees Celsius. This parental sample laid eight eggs to which researchers have used to their fullest advantage to being to decode its genome. Researchers want to know how these microscopic worms can resist extreme temperatures and they believe it resides in their genome.

Scientists discovered that these nematodes have two gene duplications that aid in heat shock resistance and cell sustainability. These genes are linked to specific proteins, Hsp70 proteins, which restructure other denaturing proteins that unravel due to heat stress, this nematode has three times more of these proteins present compared to some of its closest relatives. Scientists also believe there is another gene at work to aid in the resistance of these extreme environments. They discovered that the AIG1 gene is heavily present in this nematode, which controls individual cells life span. Combining the functions AIG1 gene and the Hsp70 protein is a good start to the explanation of the ability to survive in extreme environments, but the researchers say there is still more to be studied to complete a conclusion.