The Epigenetics of Addiction and Depression 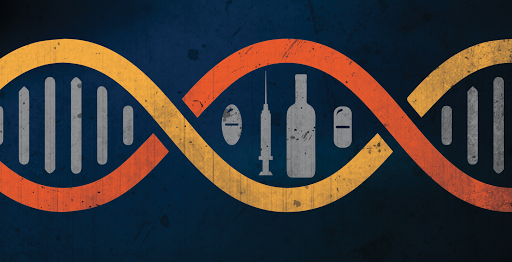 Dopamine controlling genes may be a root cause of addiction to drugs like alcohol and cocaine, as well as an answer to why drugs for depression need to be taken for weeks before they have an effect, according to the article The Epigenetic Secrets Behind Dopamine, Drug Addiction and Depression, by R. Douglas Fields.

Neurotransmitters may have more to do with this process than we realized. Neurotransmitters transmit signals between neurons, which allows us to think, learn, and feel. When neurotransmitter signals misfire, we suffer problems with thinking, making decisions, or mood disorders, like depression or bipolar disorder. Serotonin, a kind of neurotransmitter known as a monoamine, helps to regulate moods and to treat depression, drugs that increase the level of serotonin in the brain are usually prescribed. According to research led by Ian Maze done last year, serotonin has another function: it can be used as one of the special markers of DNA. Specifically, serotonin bonds to a histone, the protein used as a spool, known as H3. H3 controls the genes that turn human stem cells into serotonin neurons. Maze’s team figured that if serotonin had this function, there was a chance that dopamine could also do the same thing, with the genes that control drug addiction. After all, the same enzyme that bonds serotonin to H3 also allows dopamine to be attached to H3, in a process called dopaminylation. This discovery may be essential for future research into addiction, or even broader, other kinds of mental illness, and how to treat these disorders. I already knew that genetics affected disorders and diseases like these, but it is also very interesting to look at how epigenetics plays a role.