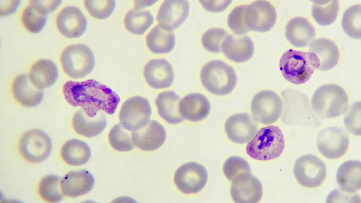 During the dry season in Africa, the parasites that carry malaria have to find a new host since mosquitos are scarce during this time period. The parasites have developed a way to keep their cells from attaching to the blood vessels. By doing this, the blood will circulate the infected cells out and help malaria stay in the body unaffected and the hosts will have less severe symptoms. The way malaria parasites work is by attaching proteins they make to blood vessels and they don't go to the spleen where blood gets circulated. They studied the difference between the parasites that were found during the dry season and the other seasons and found several differences. The ones in dry season behaved differently and weren't sticking due to the different genes turned on and off. The differences found were that 1131 genes were on during the dry season that is off during the wet season. These studies show that the parasites will alter its genes to make itself more sticky during the wet season and less during the dry season. There is still more research to be done to specifically find out if the genes being switched is for the stickiness of the cells.
Posted by Arjan Spahiu at 12:39 PM