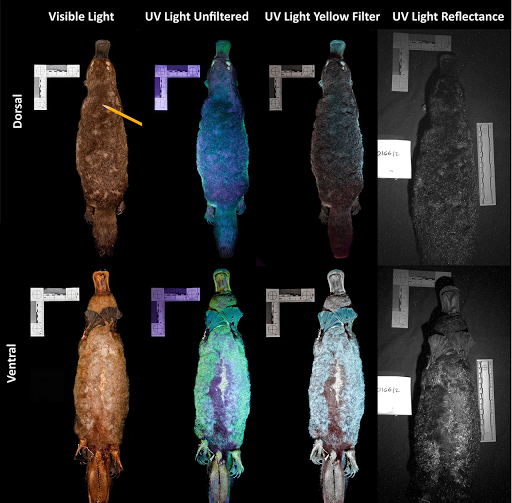 According to a Science Alert article, the Australian platypus' fur has been found to absorb short UV lights to result in a fluorescent green or cyan appearance. This finding shows that bioluminescence has a presence in all three main groups of mammals: placental (North American flying squirrels), marsupial (Virginia opposums), and now, monotremes. Bioluminescence in animals is a relatively new finding, as the first bioluminescent animal, the sea turtle, was found in 2015. This new discovery shows that bioluminescence may have been more prevalent in the past and may still be more prevalent than we believe. It is still uncertain why animals became bioluminescent, but it is suspected that it may be camouflage for nocturnal species.