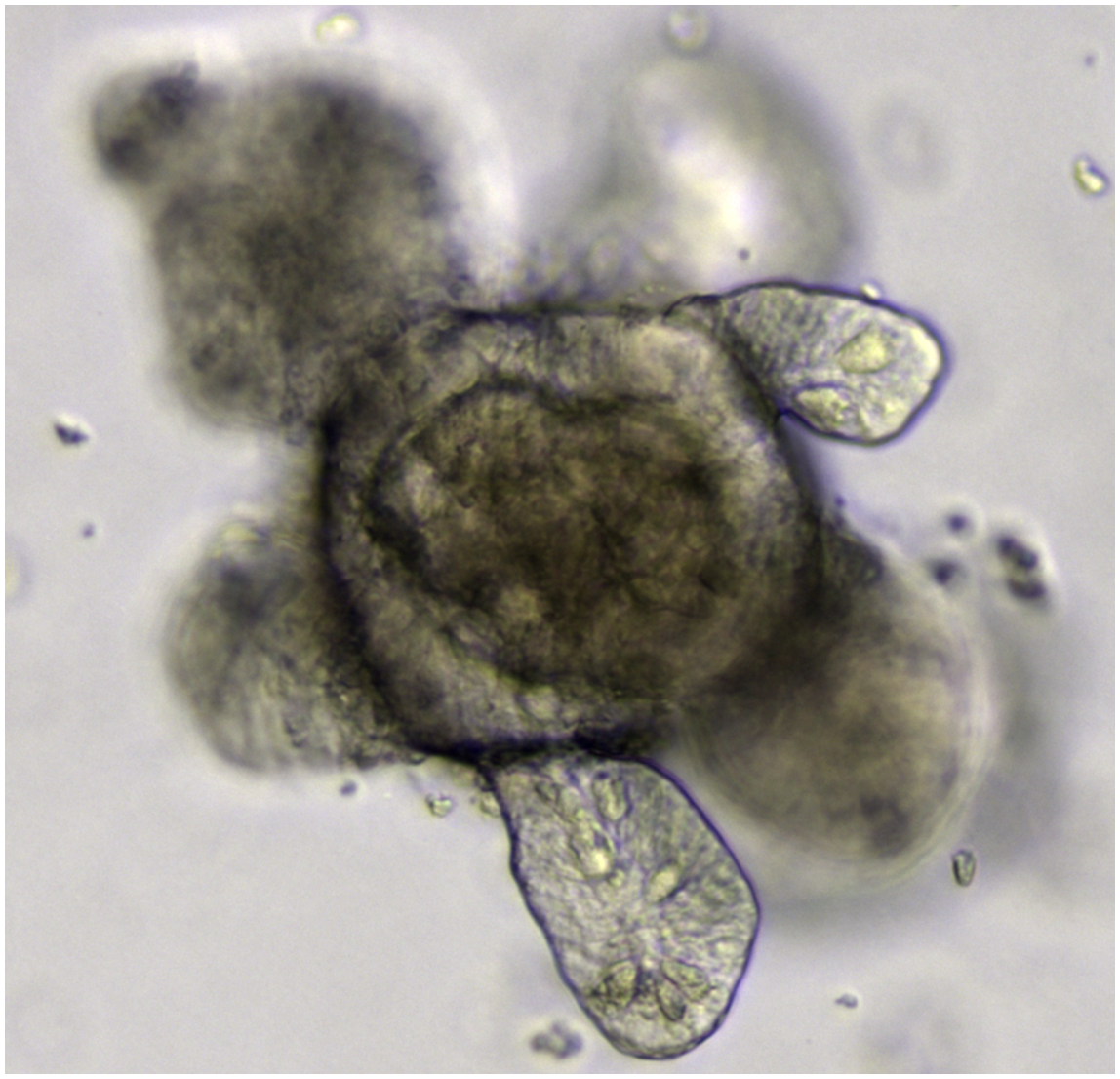 image of an organoid

In genetic screening, certain genes are turned off one-by-one to see the effect of having that gene inactivated. Based on the information given by this process, geneticists can connect to dots when it comes to identifying genes and their specific functions. This process is usually carried out in fruit flies and nematodes, but it has also been starting to be tested on humans. There is now a grand understanding of genetic disorders and diseases caused by mutations in genes, but getting to this point took a long time. The knoblich lab at IMBA developed the CRISPR-LICHT that allows geneticists to analyze hundreds of genes in the human tissue in parallel. CRISPR-LICHT was inspired by the CRISPR-Cas9 which allows for editing of the genome by removing, adding, or altering parts of the DNA. CRISPR-LICHT applies a guid RNA and  a genetic barcode, which is a piece of DNA that is added to the genome to produce an organoid and allows geneticists to count the number of cells produced by the starting cell. This reduces noise so the effect of each guide RNA on the number of cells produced during organic growth can be detected in an easier way. Genetic screenings can now be applied to more complex organoid systems, to any disease affecting organ formation, and any brain disorder. I find this new form of technology to be extraordinary. To think of all of the possibilities you can do with this technique; you can potentially alleviate the lives of people who suffer through brain disorders, like autism or microcephaly.