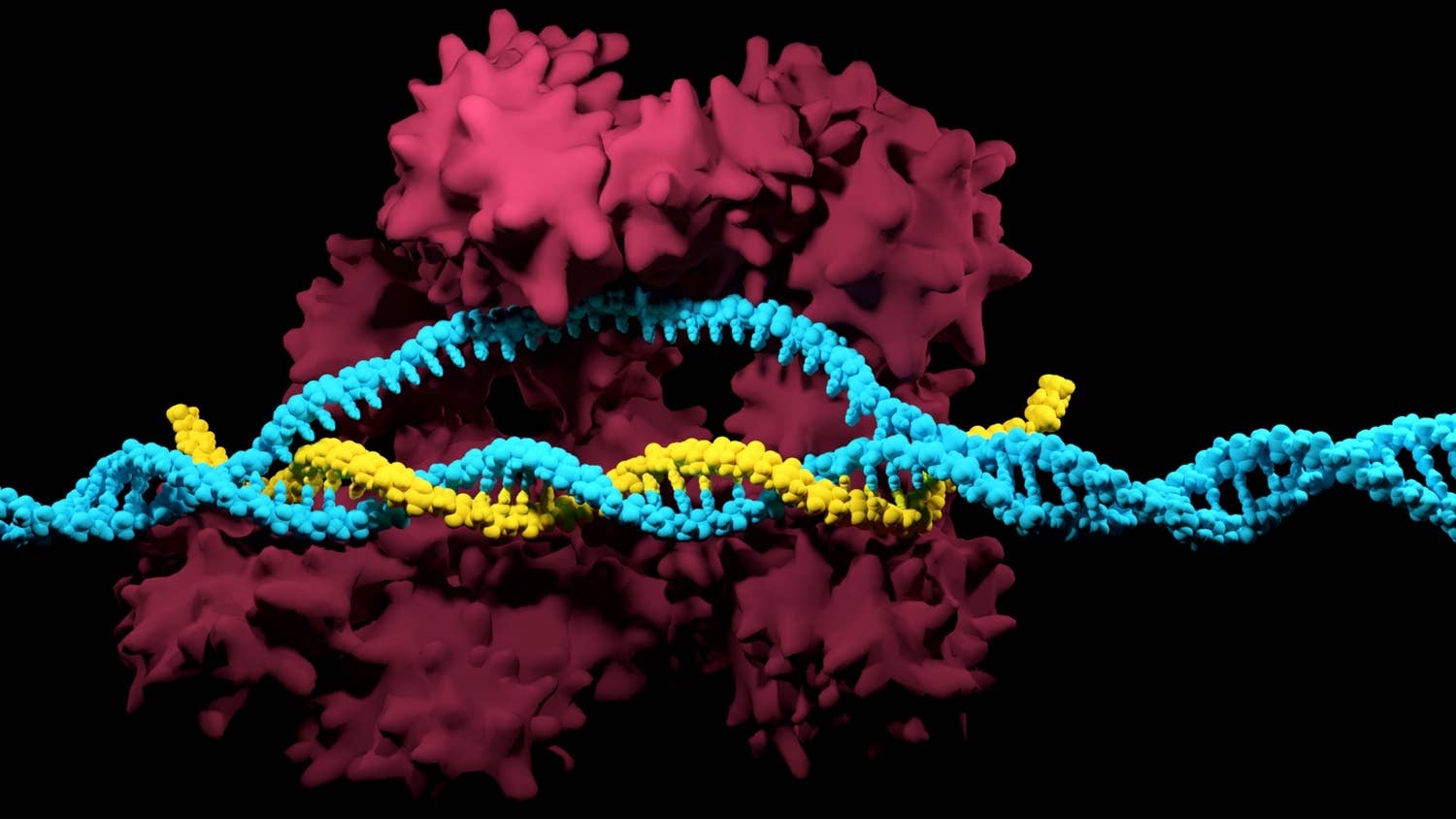 CRISPR is a family of DNA sequences found in the genomes of prokaryotic organisms such as bacteria and archaea. These sequences are derived from DNA fragments of bacteriophages that had previously infected the prokaryote. They are used to detect and destroy DNA from similar bacteriophages during subsequent infections. Researchers at the University of California, Berkeley were able to obtain the first 3D structure of the base editor that is able to bind to the DNA. "A base editor is a type of Cas9 fusion protein that employs a partially deactivated Cas9 -- its snipping shears are disabled so that it cuts only one strand of DNA -- and an enzyme that, for example, activates or silences a gene, or modifies adjacent areas of DNA. Because the new study reports the first structure of a Cas9 fusion protein, it could help guide the invention of myriad other Cas9-based gene-editing tools".[1] CRISPR-Cas9 was used to target enzyme regions to manipulate genes. David Liu of Harvard University combined a Cas9 with another bacterial protein to allow the surgically precise replacement of one nucleotide with another. With this finding scientist were able to modify the base editor called ABE8e which was much faster.
[1]https://www.sciencedaily.com/releases/2020/07/200730141315.htm
[2]https://science.sciencemag.org/content/369/6503/566
Posted by Banegasj at 6:33 PM