Through Gene Editing, A Cure for Heart Disease Showed Successful Results in Monkeys

Gene (or genome) editing is defined as, “the manipulation of the genetic material of a living organism by deleting, replacing, or inserting a DNA sequence, typically with the aim of improving a crop or farmed animal, or correcting a genetic disorder.” Gene editing technologies were first developed in the 1900s but it was CRISPR’s introduction to the scientific community in 2009 that made gene editing more easily accessible; CRISPR is now used by most scientists involved in gene editing as it’s simpler, faster, cheaper, and more accurate than older gene editing methods. Adapted from a naturally occurring genome editing system in bacteria, CRISPR has now been used for a variety of research purposes. 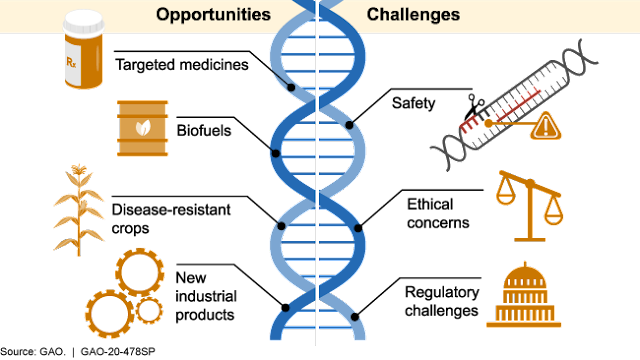 (Image above: opportunities and challenges of genome editing)

During 2020’s annual International Society for Stem Cell Research meeting, results from a first-of-it’s-kind gene editing experiment were presented by Dr. Sekar Kathiresan, cardiologist and co-founder and CEO of Verve Therapeutics in Cambridge, Massachusetts. It all began in 2017 when Dr. Kathiresan published work that correlated certain genes to coronary artery disease, which led to the founding of Verve with intents to develop CRISPR-based cures for cardiovascular disease.

The genes that were focused on were PCSK9, which helps regulate levels of LDL cholesterol and ANGPTL3, part of the system regulating triglyceride, a type of blood fat. People who inherently have those gene functions destroyed are found to not get heart disease; when ANGPTL3 is disabled, triglycerides are also at extremely low levels and the lifetime risk of heart attack is reduced by 34 and one broken copy of PCSK9 causes a 28% reduction in an individual’s mean LDL cholesterol and an 88% reduction in lifetime risk of coronary artery disease. Using 14 monkeys and CRISPR based editing, Verve set out to block these genes. The results presented at the 2020 International Society for Stem Cell Research meeting were that the monkeys’ LDL levels dropped by 59 percent within two weeks, and ANGPTL3 gene editing led to a 64 percent decline in triglyceride levels. Dr. Kathiresan said that to his knowledge, his “study is the first to use the pencil-and-eraser type gene editing in primates for a very common disease.” He also noted that half of all first heart attacks end in sudden death, making it imperative to protect those at high risk; mimicking this gene editing in humans would create a possibility to do so. If the strategy does work in humans, the anticipated greatest impact would be seen in poorer countries that cannot afford expensive injections within people at high risk of heart disease. 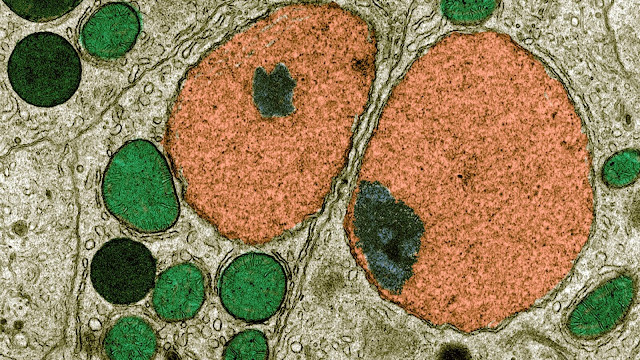 (Image Above: the two targeted genes in the liver)

Despite the undeniable results in monkeys, it’s far too soon to confirm whether the strategy will be safe and effective in humans. Even the monkeys still need to be monitored for side effects or other treatment failures for some time to come. One reason for needed extensive continued monitoring is that the process may result in modification of DNA that scientists are not expecting; even an uncommon side effect can mean many patients are affected negatively. Further, though CRISPR improved upon older gene editing technologies, it maintains flaws with an example being that sometimes genome editing tools cut in the wrong spot and scientists are not yet sure how these errors might affect patients. Ethics are also a concern of many, with most people agreeing that scientists should not edit the genomes of germ-line cells at this time as edits to a germ-line cell would be passed down through generations.

Nevertheless, Verve’s breakthrough is significant to gene editing. Dr. Kathiresan hopes in a few years to begin treating people who have had heart attacks and still have perilously high cholesterol, believing that if the PCSK9 gene could be knocked out in 20-year-olds, “there would be no heart disease in their future.”

Personally, this article made me think back to the first time I was introduced to the concept of “designer babies.” I recall vividly that the article I read was brief, but focused on the ethics of having the ability to decide a baby's eye color. For a long time after, “gene editing” rolled off my tongue with a negative connotation. It wasn’t until I considered the possibilities beyond superficial gene editing, brought to my attention by further research over the years, that the negativity was replaced with curiosity. All new treatments have side effects, and I believe that if within the scientific community a gene editing treatment is found to be efficient with only a slight kickback it could excel us as humans greatly. However, I too struggle with the ethical side; genes make us who we are, and without being aware of what we’re trading for a lower risk of disease, I don’t think gene-editing can be truly ethical. I would like to see a future where it is, though.

The 2017 Journal by Dr. Kathiresan that sparked this research: https://www.nature.com/articles/nrg.2016.160?platform=oscar&draft=collection

More about the naturally occurring version of this mutation: https://www.nytimes.com/2013/07/10/health/rare-mutation-prompts-race-for-cholesterol-drug.html
Posted by Dana Kelly at 5:01 PM