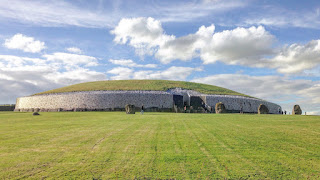 A group of geneticists led by Lara Cassidy and Daniel Bradley of Trinity College Dublin reported that DNA was extracted from an ancient man in stone who remains provided evidence of a large number of identical versions of the same genes. Scientists believe according to the evidence, that the man was the product of incest. Researches stated that the man's parents were either a brother and sister or a parent and child. The man's bones were found in Newgrange passage tomb, near the River Boyne. It is not conclusive whether incest practices were common among the man timeline but some clues suggested that mating between brothers and sister were common in some ancient families. An example given was ancient Egypt king Tutankhamun, who ruled 3,352 years ago, he was the son of a brother and sister. The impressive discovery offers interesting historical evidence that the place where the remains were found perhaps was a symbolic icon and also that possible practice of interbreeding among elites was common during this time.