Genetic Estimation of Lifespan of Vertebrates

Genetics can now predict the length of the lifespan of vertebrates. This includes species that are long extinct. The team analyzed genomes of species with known lifespans.. From this they identified 42 genes that can be used to predict lifespan. The method screens the 42 genes for CpG sites which are short regions of DNA whose density is related to longevity. These sites regulate gene expression and control aging. However, aging can also be affected by environmental factors. 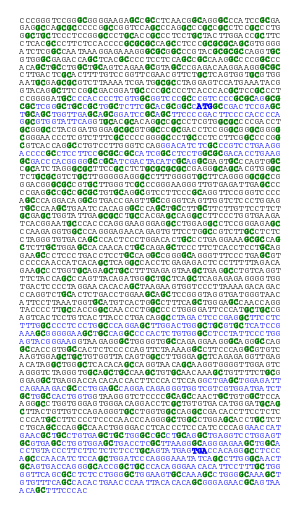 CpG sites in a genome (green)
DNA methylation can also drive aging to occur by adding methyl groups to the DNA moleculeThis declines the predictability of the CpG sites. These patterns were taken into account in the model. Stil this model most likely overestimates the lifespan of animals in the wild as environmental factors most likely end their lives before their genetics will. When this model was used to predict human lifespan, the results came to 120 years, much higher than the average of 86. Therefore, the human data were excluded from the study.This model is most useful for conservation studies.
I think this could be a useful tool to help scientists involved in conservation efforts or those attempting to help endangered species as it gives them more information about the life of the species they are working with. Obviously, there are some drawbacks as the model is not accurate for all species.
https://www.inverse.com/article/61650-genetic-clock-predicts-lifespan-of-vertebrates
https://www.ncbi.nlm.nih.gov/pmc/articles/PMC5485512/
Posted by Jessica Lago at 5:16 PM