Tardigrades Protect Their DNA to Resist Radiation and Chemicals

A recent study on the resilient tardigrades, AKA water bears, reveals why they are known as being practically immortal and can live in the most extreme environments including space. Scientists have discovered that the DNA of tardigrades is shrouded in a protein layer that blocks and repels harmful hydroxyl radicals. Hydroxyl radicals are molecules made of hydrogen and oxygen that damage DNA. The protein layer is described as a "cloud of cotton candy" that wounds around histones. Scientists have identified the protein as Dsup which stands for damage suppressor. Scientist speculate that they evolved this protein to protect their DNA when they dry up which occurs frequently. While dried up, they go into a no responsive state where they are more vulnerable to hydroxyl radicals. Researchers have found similar proteins in DNA that have a similar function. 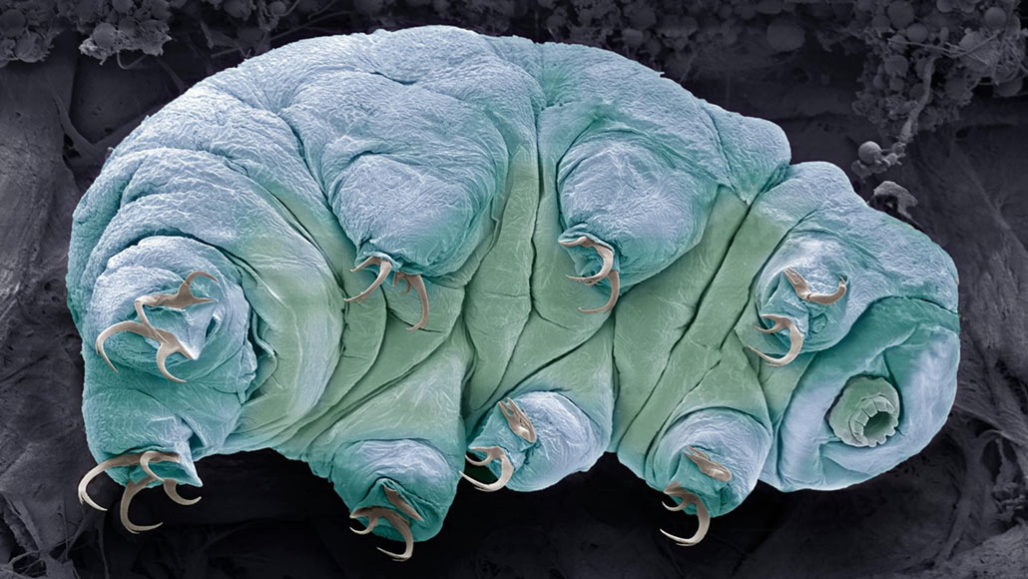 In my opinion. this discovery is super fascinating. I also find it fascinating how they found a similar protein in humans. Maybe these water bears developed a worse version of the protein and evolved a better version. Maybe that is the next step in evolution for humans. Its exciting to wonder what is possible when you see something as amazing as this naturally appear in nature.