Alzheimer's is neurodegenerative disease that leads to cell and tissue death to the brain. Over time the brain shrinks and almost all functions of the brain are affected. The cell death and tissue loss seems to be due to plaque and nerve tangles in the brain. Alzheimer's is the most common cause for dementia, which has a range of symptoms including memory loss, lower performance of daily activities, and issues communication. One woman was found to have a gene that prevented dementia for years even though her brain was affected with Alzheimer's. This woman was part of a population that had an increased risk of early-onset Alzheimer's because she carried the E280A mutation of a gene called Presenilin 1, yet she did not develop dementia like the rest of the people carrying this mutation. An analysis showed that Alzheimer's had affected her brain, yet dementia didn't start to set in until her 70s. An in depth genetic analysis was done and revealed that she had another mutation called the "Christchurch" mutation in the APOE3 gene. Only about 6% of the population with the E280A mutation, also had the "Christchurch" mutation. The difference, though, was that she had a double copy of this mutation compared to the others who only had one copy. This double copy of the mutation seemed to be some type of genetic barrier against dementia by slowing down its development, even if the brain has already been affected by Alzheimer's. More research needs to be done to see how this mutation actually stunts the development of dementia for a while, but this mutation could be a key for treating Alzheimer's patients. 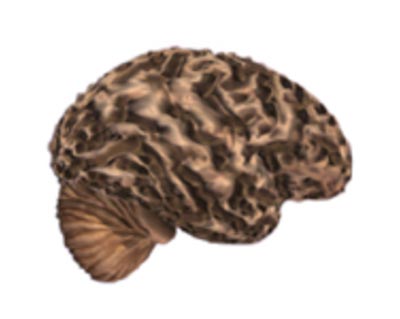