Designer Babies Are Far in The Future 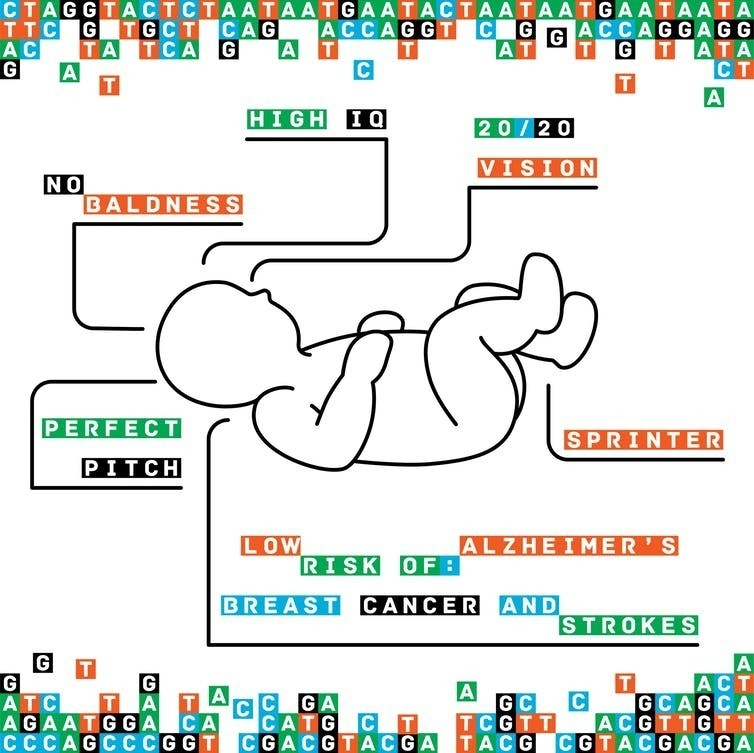 Since 1978 designer babies have been attempted. Louise Brown was the first in vitro fertilization baby, and since then there has been numerous procedures done. Every year the procedures get more complex including artificial insemination to older women, sex selection of embryos to screen against disease prominent in a certain sex, and more life changing procedures. In 2013, 23andme patent a tool that takes the DNA of two parents, and predicts the likelihood of traits in babies. These procedures raise the question of how close are designer babies especially after the successful editing of two twin baby girls DNA performed by He Jiankui.

Although the procedures seem to show that progression towards designer babies has been drastically made it is still a long while due to a few complexities in DNA. DNA mutations cause rare diseases. It is hard to predict how to stop a mutation from occurring, although it may be known what mutation causes the disease. That's also not including the fact that even people without these mutations can still be at risk without the mutation. For example people with the BRCA mutation are at a higher risk for breast and ovarian cancer, but even without this mutation they can still develop the cancer. Making gene editing more complicated is DNA variations. DNA variants increase the likelihood that you may have a trait or develop a disease but do not determine or cause it. To manipulate the traits in embryos would require multiple DNA changes in multiple genes, controlling environment, and lifestyle influences. On top of all of that editing DNA variations may just lead to other problems. Removing or adding one variant may help increase the chances of the desired trait, but it also may cause a different undesirable trait. For example, variations in the MCR1 will increase the chances for red hair, but also increases the chances of skin cancer.

Gene editing is still a gamble right now, and does not have any guarantees at the moment due to the complexities of DNA. Although science research and successful procedures are bringing us closer to the designer babies unfortunately there is still a lot of research and discoveries to be made before this is successful.


Related Articles: https://www.usnews.com/news/health-news/articles/2019-11-21/designer-babies-a-long-way-off
Posted by Elizabeth Puglia at 12:03 AM