A CRISPR gene drive for mice is one step closer to reality ! 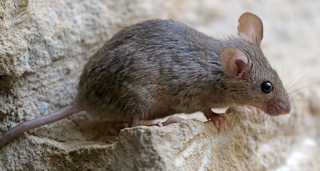 Scientists are getting closer and closer to creating a genetic pest-control measure against rodents. Female mice, are now engineered to carry a genetic cut- and-paste machine called a gene drive that may be able to pass a particular version of one gene on to more than 80 percent of their offspring. This rate was reported in January of 2019 and beats the usual 50 percent chance of handing down a gene variant first reported in 1865 by Mendel in his studies of peas.

Engineered genetic cheats have been proposed to wipe out disease-carrying mosquitos and invasive species by targetting genes involved in reproduction. Gene drives might also be used to prevent pests from carrying any diseases as well, such as malaria. Researchers have made successful gene drives in mosquitos, fruit flies, and yeast. Now, mice were bred to mice engineered to carry the gene for making Cas9 on another chromosome. In the lab, only mice that inherited both the copycat guide RNA and Cas9 together could cut DNA creating the first generation of genetic cheater mice.

I found this article very interesting to read. Genetics is constantly advancing with technology, and with this experiment and results in particular, we can see what they have done is engineer a gene that can be inherited more frequently than it would be by normal Mendelian inheritance.