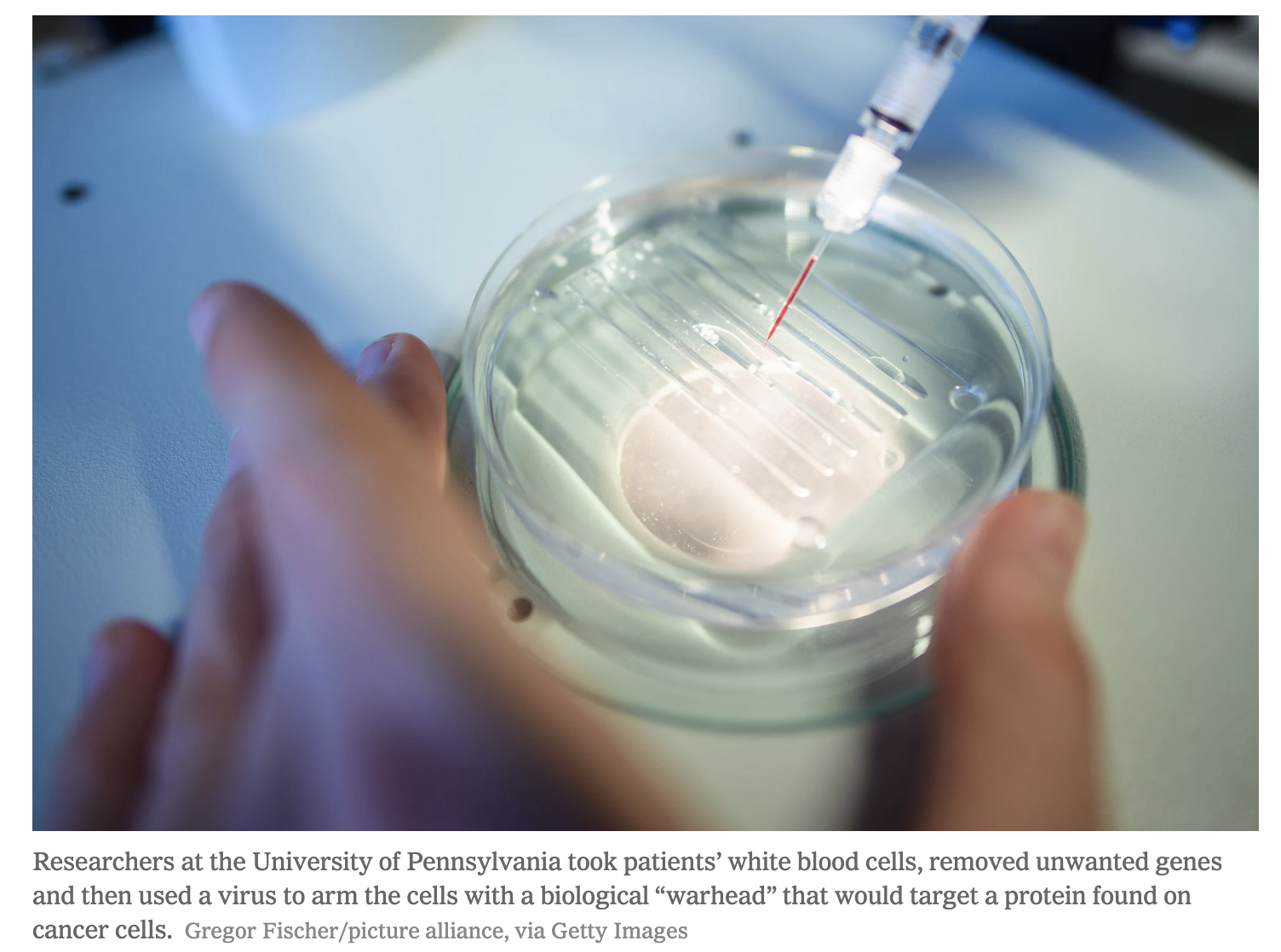 A powerful gene-editing technique has been experimented in people with cancer that could result in the person’s own immune system attacking cancer. This experiment meant that doctors are close in editing genes to attack cancer. The DNA-singling tool Crispr is what had been doing the editing. Early results showed procedure was safe but it was still unclear if the patient’s immune system was attacking the cancer cells. Only three patients had been used that were over the age of 60 and had advanced cancers. Although the treatment has not shown if their immune systems were attacking cancer it did show that it was stabilizing their cancer. Not only is Crispr being used to help with cancer but it is also being experimented in treating sickle cell anemia.
What are the doctors are doing is removing the T-cells from the patient’s blood and are using Crispr to remove three genes that can get in the way of the cell capability of fighting cancer. The T cells were then armed with a virus that would lead the cells to attack a protein found on cancer cells that are not usually found in healthy cells. After the process the cells were infused back into the patients. The cells showed that they remained alive and had no bad effect towards the patient. The results that the experiment is showing are promising but it is still unclear if the cells are fighting cancer. Doctors will be able to see if the treatment is actually working once more patients are involved.
This was a very good article to read. I think it is great that doctors are coming closer to finding ways for cells to attack cancer. This gives a lot of hope to patients with cancer.