Researchers went to the coast of Australia to see how many male and female pacific green sea turtles there was on the coast.  What they found shocked scientist.  They took DNA samples of each turtle they caught.  They found that female turtles outnumbered the males one-hundred and sixteen to one.  The sex of a turtle is determined by the temperature of the sand, in which the eggs are incubated.  Scientist predicted that there would be more females due to climate change, but they never expected females to out number the males one-hundred and sixteen to one.  If the ocean temperatures continues to rise around the world, it can turn the entire turtle population female.  If this continues to happen there might not be enough males to sub stain the population.  Since the only way to determine the sex of turtles is when they fully mature, blood samples were taken of the turtles at a feeding and breeding ground.  In the last twenty years Baine Island has been producing female turtles only.  In the seventies and eighties there was a ration of six to one.  Down south where females out numbered males two to one.  Since males mate with multiple females it makes it more beneficial, in keeping the population.  The temperatures are changing to quickly for the turtles to adapt. 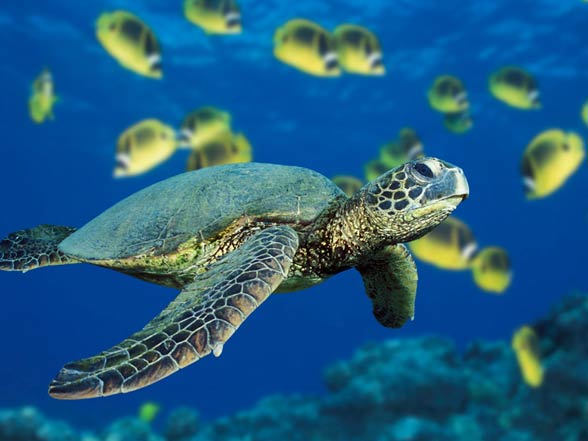