A new software, called CATCH, has been developed by scientists at Broad Institute to help identify any known virus strain in any sample. CATCH stands for "Compact Aggregation of Targets for Comprehensive Hybridization" and uses a method with "baits" to identify a virus strain, including those that affect humans. The genetic "baits" are short strands of DNA or RNA that bind to the target's genetic material. When the sample and bait bind, the strain is immobilized and the rest of the sample can be washed away. CATCH applies the bait mechanism to a larger scale, allowing for custom designed sets to "fish" for any combination of microbial species. To accomplish this, the team drew on genomes uploaded to the National Center for Biotechnology Information's GenBank sequence database. The technology determines the best set of probes to detect the microbial strain based on the genome, with the probes then being synthesized by a third party. Enrichment of viruses help increase the sample almost 18-fold, making hard-to-find viruses like Zika and Chikungunya more detectable and easily sampled. Previously, viral strains were found using a method called "metagenomic" sequencing. The genetic material was extracted and then sifted through to find a particular viral strand. However, the viral material often gets lost among the other genes in the sample (whether it's from other microbes or the patient's DNA) making viruses in the sample hard to identify and sample. 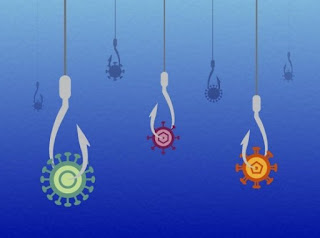 This technology also aids in improving viral detection in samples with unknown content in both humans and mosquitoes. Genetic data retrieved from CATCH has indicated the Zika virus has been introduced to the geographic regions months before scientists were able to detect it. The team hopes that by using the CATCH method, viral outbreaks can be detected before they occur, especially in West Africa where these outbreaks are more prevalent. CATCH is also a versatile technology, with new strains being able to be identified, sequenced and added to the public database. Users can also re-design probes when necessary to match the microbial strain they are attempting to identify.

I believe CATCH is an important new tool that can be used to identify any microbial strain, especially viral ones, with any sample collected. All that is needed is some genetic material and a set of probes to attach to that genetic material. The viral material in question then can increase with CATCH and be more easily identifiable and testable. This technology also has little to no errors, with viral samples being able to collected each time during the testing period. CATCH will help identify viral strains more quickly, especially in unknown material, and can prevent outbreaks from taking the lives of thousands of people. I look forward to seeing how CATCH will be used within the next few years, especially on mosquitoes, in areas that are afflicted with viral outbreaks often.

Posted by Christina Stiver at 8:00 PM