Genes that Are Harmless on Their Own Cause Disease When Combined

This article of the idea that harmless genes, on their own, can cause disease when combined relates back to a family case study. In this case study, "different genetic mutations from two parents cause severe heart disease symptoms in the children." So where did this idea come from? Back in 2008, a pediatric cardiologist that goes by the name Deepak Srivastava had a newborn patient, Tatiana, that had to put on life support due to having acute heart failure. The baby's parents also had lost their first child 24 weeks into the pregnancy. This tragic event sparked suspicion in Srivastava that their must have been a genetic component to the disease.
Moving forward, in 2011, the research began using "whole-exome sequencing to search for genetic variants"(Hou 2019) in Tatiana and her parents. Research shows that the father had mutations in "MYH7 and MKL2", which are genes that are important for heart and muscle development. The mother, on the other hand, "had a variant of the NKX2-5 gene, which encodes a cardiac-specific protein involved in regulating embryo development"(Hou 2019). This mutation led to a single amino acid difference at the protein level. Results show, the father has signs of lower function within the heart, although the mother was unaffected by the mutation. Meanwhile, all three children acquired a failed left ventricle that will never work to it's potential, therefore, unable to pump blood effectively. All of this is due to all three genetic mutations that they have inherited. The National Human Genome Research Institute states, "Genetic disorders can be caused by monogenic disorder, by multifactorial inheritance disorder, or by a combination of gene mutations"(NHGRI 2019). So basically, a disease is simply a genetic disorder that is caused by some change away in the normal DNA sequence. 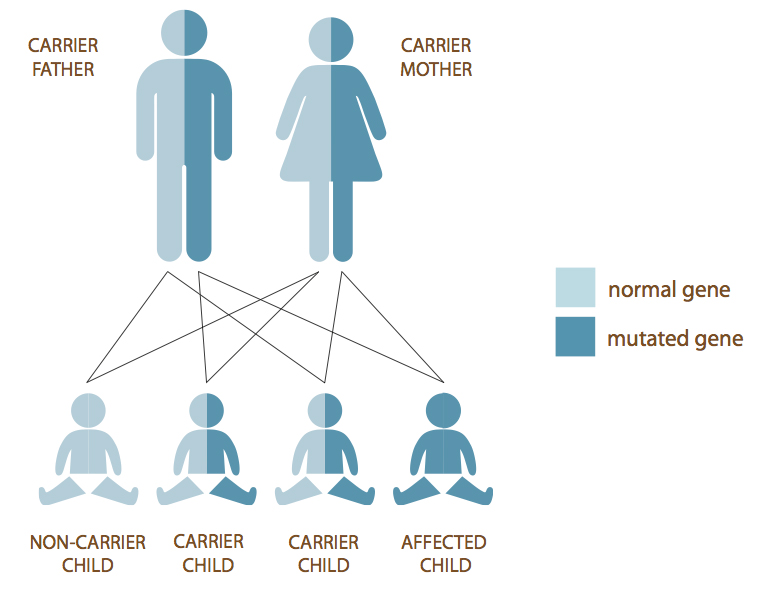 Furthermore, the children’s symptoms were results of the parents’ mutated genes. They used "CRISPR technology to recreate the same genetic mutations in mice and found that, although animals with just one of the mutations had normal phenotypes, mice with all three mutations had heart pathology similar to the children’s"(Hou 2019). This makes sense due to the tissue found in Tatiana showed "reduced adhesion to the cell-culture dish, along with lowered expression of adhesion-related genes and higher expression of genes associated with immature heart-cell stages"(Hou 2019).
Overall, this outcome of having a plethora of genes together that determine a specific phenotype is known as "oligogenic inheritance." Therefore, this study comes down to a very interesting theory that most diseases are a result of a combination of genes. In order to test different combinations of gene variants, Srivastava is working with collaborators to develop a CRISPR-based single-cell technology. In the future, this technology should be able to help them test hundreds of gene variants in thousands of different cells.