Genotyping chips are used to detect single-nucleotide polymorphisms, the type of DNA used by consumer genetic testing companies to detect variants in a persons genome. These genotyping chips have a false discovery rate of more than 85 percent when screening for rare variants, according to an article from BioRxiv. This finding highlights the danger of direct-to-consumer genetic testing, where customers could “interpret the results at these rare variants literally, without accounting for any possible laboratory errors,” Chiang, a human geneticist at the University of South California Keck School of Medicine, says. “That would be a legitimate concern.” 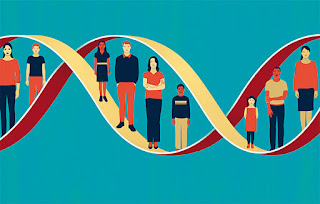 The chips in which this study came from were supplied by a manufacture named Affymetrix, owned by Thermo Fisher Scientific. They supply their chips to direct-to-consumer companies such as LivingDNA. The companies claim to warn customers not to take their results as a medical diagnosis, but most consumers are not aware of the level of uncertainty in this consumer genetic tests. Other direct-to-consumer companies like 23andMe claim to have a higher accuracy but are still susceptible to false positives in very rare variants.

An example of a rare variant that may bring about false positives are the BRCA genetic variants. BRCA1 and BRCA2 variants are linked to breast and ovarian cancers, to which there are thousands of known rare variants. The direct-to-consumer companies MyHeritage and 23andMe both announced that they will soon begin providing genetic tests for three variants found on the BRCA1 and BRCA2 genes. 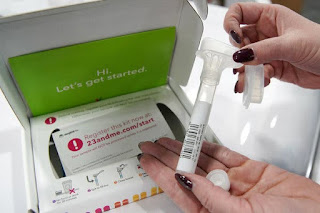 I believe that direct-to-consumer genetic companies are a great way to get the general public interested in genetics and their own genome. It has amazing potential to help people find family and see what part of the world their heritage originates from, but testing for rare genetic variants may still be out of the reach of consumer genetic testing companies. I think that being able to see that if someone has a variant of the BRCA gene would be very helpful in being able to start testing regularly and early to catch any sign of cancer, but with the present rate of false positives in rare variants I believe that we should wait to make this information available to the public until it becomes more accurate.

Posted by Joelle Tucker at 5:19 PM