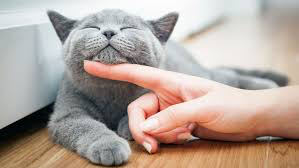 The house cat is the most popular pet in the world. Today's house cat is only domesticated species in the family Felidae. This carnivorous mammal comes in 60+ recognized breeds from designer breeds, like the Toyger, to regular mixed breeds like the domestic short-hair. At one point, these animals were bred for milk, fur, labor, or meat. However, it has been long believed by scholars that around 3,600 years ago Egyptians started to keep them as pets. However, new research in the last 10 years has given us a more knowledge on our relationship with cats, and how they evolved with humans. 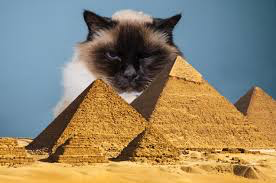 Researchers examined 1,000 wild and domestic cats to help determine which subspecies of wildcat gave rise to today's domestic cat. Wildcats are very territorial and typically defend their homes for life. This lead researchers to believe that although the genetic composition of the cats would vary from region to region, in each particular region the genetic composition would be fairly stable over time.  In analyzing their collected data, they were able to determine that the DNA clustered into 5 groups, Middle Eastern Wildcat, Central Asian Wildcat, South African wildcat, European wildcat, Chinese Mountain cat, and Sand Wildcat.  They noticed that wildcats from each of these groups can all have their ancestry traced back to the same region, today's Middle East, and that all are descendants from the wildcat F.s. lybica. In comparing the mitochondrial DNA, and DNA microsatelites of the domestic cat to the wildcat data, it became clear the domestication occurred again in the Middle East. Leading researchers to now believe that domestication actually occurred in the Fertile Crescent and not Egypt.
(Scottish wildcat) 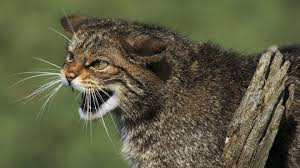 With new genetic evidence pointing to the Fertile Crescent as the sight of domestication, another break-through discovery was made in cat domestication. In 2004, on the island Cyprus, archeologist uncovered human remains buried next to a cat. After dating the evidence, it was determined to be 9,500 years old, roughly 6,000 years before the Egyptian domestication theory. This finding is extremely crucial in dating the domestication of house cats because wildcats are not native to the island Cyprus, meaning the only way a feline could have gotten there is if it was transported there by boat.  This suggests again, that people of the Middle East had been keeping cats long before Egyptians, and were even transporting them on boats.
The newest theory of cat domestication revolves around the Middle East and the Fertile Crescent. It is believed that maybe humans did not originally intend to domesticate cats at all, and the felines were exploiting our newly found agriculture to survive. Wildcats are strictly carnivourous animals, so crops do not appeal to them, however, the new rodents that came along with farming did. Wildcats could take advantage of the field new mice and rodents that came along with humans newest agriculture trend. When thinking about the domestication of the house cat, it's quite comical that essentially cats have not served much purpose to humans. They do not listen to commands. Do not carry out specific tasks for humans unless it benefits them. And rarely do they want to be held captive inside a house. Even the house cats of today still display these qualities.
All of this evidence comes down to one new theory. Humans never domesticated cats. Cats just chose to live near us because we provided them food. In today's day we still provide them with food but also with shelter, and in typical cat fashion, they even have us picking up their feces and throwing it out for them. It seems like cats really have domesticated us in a way that their wildcat ancestors could only dream.
I love cats, and thought this article was great because it gave insight into a thought that is commonly misinterpreted. Humans never really domesticated cats with a particular purpose.  It is remarkable to think that we now take care of our house cats because their ancestors decided to feed on the rodents from ancient crops. When thinking of dogs, horses, chickens, or most domesticated species the animal typically serves a purpose. However, without the mice for cats to eat in the Fertile Crescent, cats would probably not be house pets today, and most definitely not the most popular one.