Deletion of a Gene May Completely Prevent Pancreatic Cancer

Pancreatic cancer is an aggressive form of cancer that tends to diagnosed quite late and often resists treatment. Pancreatic cancer is the fourth leading cause of cancer death in the United States. One of the make drivers behind pancreatic can cancer is the KRAS oncogene. But new research has identified another gene whose action is crucial for the development of this cancer. Dr. Simeone, who is the corresponding author of this new research, carried out a study in ,ice and human patient samples to examine a role of a gene called “ataxia-telangiectasia group D complimenting” (ATDC) in pancreatic tumor formation.

The new research started from the theory that tumors arise as a result of adult cells reverting to an earlier, more “primitive” stage similar to that of high-growth fetal development cells. Adult cells revert to this stage to repair injury and inflammation and supply the body with new called that can replace the ones that are lost. However, what our bodies intend as a healing process does not stop, but instead goes awry and causes cancer. Dr. Simeone focused on a type of pancreatic cell called acinar calls. These cells secret digestive enzymes that can also cause damage to the tissue in the small intestine.

In the present study, Dr. Simeone used mice to create a model of pancreatitis which caused acinar cells to turn into high-growth ductal cells.  They found that the ATDC gene expression went up a few after pancreatitis caused tissue damage, and it increased to the levels requires for acinar cells to transform into ductal cells. When the ATDC gene was present, in combination with the KRAS oncogene, all of the study mice developed aggressive pancreatic cancer. However, when researcher removed the ATDC gene, none of the cancer-prone mice developed cancer. 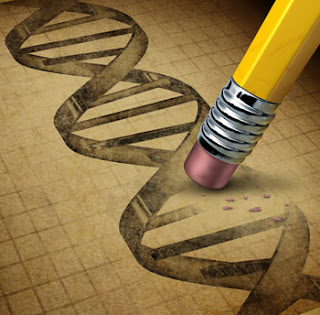