In a recent article on The New York Times, the topic of gene edited babies was discussed with regards to the World Health Organization (W.H.O). The committee agreed that it is very irresponsible to create children from gene-edited human embryos. They decided that in order to keep track of this type of research in the scientific community, there will now be an international registry. A Chinese scientist named, Jiankui, is the person behind such a controversial and ethically concerned experiment. Last fall, he genetically altered and implanted a woman's embryo, resulting in the birth of twins. The experiment created much attention and concern as scientists fear that the technology will be misused to create "designer babies". With this in mind, the committee agreed that it is irresponsible for anyone to continue with the process of human germline genome editing. The committee decided to ask the W.H.O. to create a registry where anyone included in this research will be required to include anything that they publish or finance into the registry. Overall, the goal of this research is to increase the health benefits for people all around the world but reducing the risks at the same time. 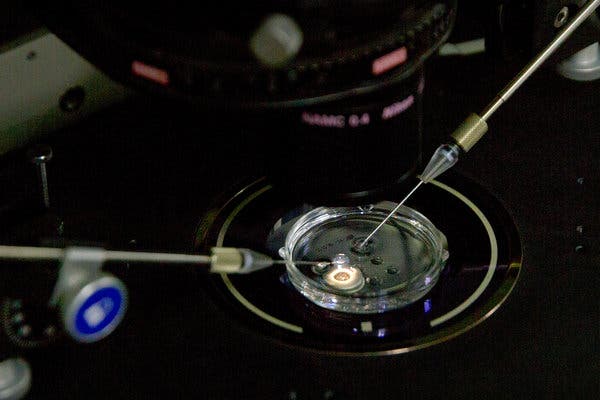 I find the idea of gene-editing very interesting but at the same time, creating "designer babies" is extremely concerning to me. I personally do not believe that it is right to chose the exact traits and features that a child will be born with. However, if this technology and research can be used to eliminate diseases that people may have, it could be very beneficial. The research should be used for ethical purposes only, but there is a chance that scientists will continue to misuse it just as Jiankui did.
Posted by Katrina Block at 12:09 PM