Is There a Fountain of Youth Gene?

Giant tortoises are known for their long life expectancies. Yet, when the only surviver of the Pinta Island Tortoises of the Galapagos named George, passed after a century it sent scientists on a longevity hunt. Researchers reported a discovery within George's genome relative to his long life span. These gene components were linked to a strong immune system, efficient DNA repair, and cancer resistance. Two scientists in particular, Dr. Adalgisa Caccone and Dr. Carlos Lopez-Otin, came together to dissect which parts of George's DNA were functional and what those functions may be. The scientists sequenced George's entire genome, as well as that of another Aldabra giant tortoise, then compared that genome with those of mammals, fish, birds, and other reptiles. Results suggested that a mutation in the gene IGF1R, which is associated with longevity in humans, could be the cause of a tortoises long life span. It was also discovered that tortoises contained several more copies of genes related to DNA repair, tumor suppression, and immunity. To be exact, a tortoises genome contained twelve copies of the gene PRF1, involved with immune response, compared to humans who only contain one. So, is this the fountain of youth? Are gene mutations the components to a living a long life? Further research and many lessons are to be learned from our closest relatives, the reptiles. 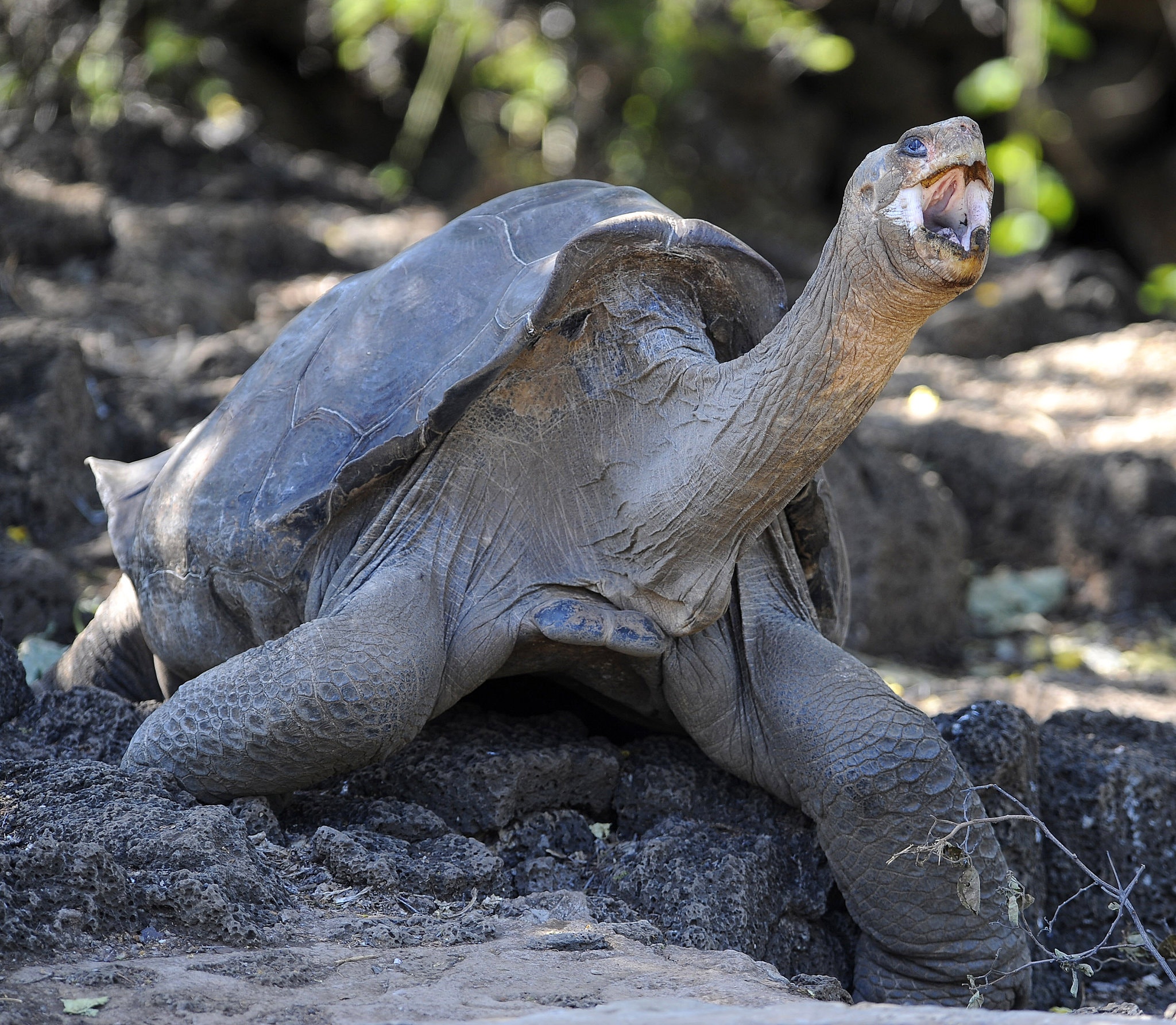 Lonesome George of the Galapagos

As a person working in the medical field, i found this article really valuable. It has been discovered that reptiles are capable of regenerating entire body parts. This could be extremely beneficial to the medical community. I hope further research in genome sequencing can lead to better treatments for patients all over the world.
Posted by Meg Schaeffer at 12:22 PM