Researchers from Case Western Reserve University, studied a brain cell receptor called ErbB4. This specific receptor is altered in adults who have schizophrenia. The purpose of this brain receptor is to maintain a neurotransmitter, GABA, which prevents brain cells from overreacting as well as keeping fear and anxiety at normal levels. In this specific study the researchers engineered two new mice models of schizophrenia, the first mouse model  was treated with a chemical that switches the "off" gene encoding ErbB4 while in the second mouse model the receptor was missing from the beginning which in turn hampered brain cell development. The researchers found that in restoring the brain receptor in the first mouse model the mice had reduced hyperactivity and normalized fear responses. This information was super useful in the treatment of patients because researchers believe by adding or restoring ErbB4, it could reduce symptoms of schizophrenia in patients. 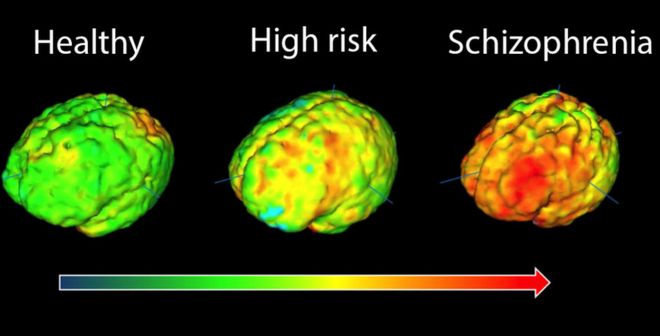