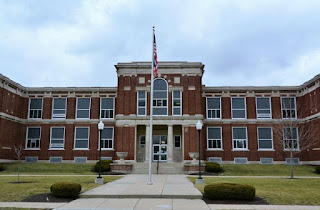 The purpose of this study was to identify any link in human genes to the length of time people stay in school for. Citing the fact that researchers have linked other aspects such as income and overall health to certain genes, they hope to find a link for education. Although the researchers know that outside factors also affect this, they believe that the genetic makeup affects how neurons communicate to affect performance in school and thus the time spent in education. The source group was more than 1.1 million Caucasians from European descent citing that they required a homogeneous group to maximize the odds of discovering the link. Studying this data, Dr. Benjamin & his team found a number of genetic variations that were common to those who finished a large amount of school while other genetic variations were found that were common in people that left school early. Now the school time isn't only affected by the students genetic code but since they inherit these genes from their parents, the parents would put more or less emphasis on the importance of school depending on the genes they carry. Because of their findings, they were able to create a scale to calculate a genetic “score” for educational success due to these genes that are believed to be linked to schooling success. They tested this scale on 4,775 Caucasian Americans and ranked them into 5 groups based on the genetic makeup they had. From this ranking, the bottom group had only 12% finished college while the top group had 57% college completion. The same grouping was performed on African-Americans and produced inconclusive results citing that gene influence different traits in different populations.

The best way to sum up my feelings about this article would be the saying “correlation isn't causation.” First of all, the fact that they used a Caucasian group only tells me that they may have found the correlation primarily in Caucasians and decided to exclude other groups to make their data seem more relevant. They even say that the purpose of finding European descent Caucasians was to “maximize the odds of discovering the link,” to me this is just manipulating your data pool to benefit your theory. We have seen from the video on eugenics that the theory of linking certain races or groups to non-genetic related factors is nothing new. Despite this, this article somehow this gets posted in the New York times, meanwhile we look back on Kellogg as a crazy but at the core they are looking for the same non-existent genetic links.