Pesticide Runoff is affecting Aquatic Mammals due to Lost Genes 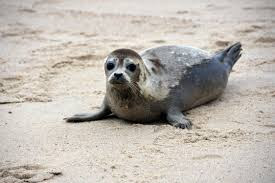 Today’s Marine mammals have all evolved from terrestrial mammals that trekked back into aquatic environments and created adaptations to thrive in these new environments. One of the genes they lost in adapting to aquatic life was an enzyme that would aid in defending against pesticides. With this discovery of a missing gene in marine mammals make the issues of pesticide runoff in oceans an even more important issue in our environment. The gene responsible for this defense was labeled as PON1 which was identified to defend against organophosphates, the pesticides used in agriculture. Most marine mammals have pieced together similar enzymes to replicate the results of the PON1 gene with some exceptions being walruses, fur seals, and spotted seals, all of which would be the most vulnerable to organophosphates. Now why did these marine mammals adapt to lose this gene that their terrestrial ancestors once had? The leading theory is that due to the fact that marine mammals take in large amounts of oxygen for deep dives, they evolved to remove oxygen carrying molecules. Molecules such as PON1, that otherwise would be harmful under the pressure of deep dives. (Zimmer, 2018)

These pesticide runoffs have also started to affect coastal avian species as well as the marine mammals. There have been a rise of unidentified diseases and conditions related to issues with the organisms endocrine systems. With an organisms endocrine system being exposed to its surroundings, many believe that these pesticide runoffs are to blame for the unusual mutations and reactions of these organisms. (Tanabe, 2009)

Even though there isn't evidence that directly links the runoff to these mutations and diseases in coastal organisms such as mammals and avians, the consensus of these researchers are that the pesticides have a part to play in this ecological issue. It is impossible to know exactly where runoff from agriculture will wind up but it is a guarantee that it will reach the oceans at once point. This means that we have to be conscious of the volume of pesticides we use on our plants as well as the possible reactions that organisms in the oceans and waterways will have to these chemicals. Although there aren’t direct links to the issues marine mammals are facing, i suspect that in the coming years more information will be discovered on the effects of such pesticides on marine mammals and other ocean going species.

Zimmer, C. (2018, August 09). Marine Mammals Have Lost a Gene That Now They May Desperately Need. Retrieved from https://www.nytimes.com/2018/08/09/science/marine-mammals-pesticides.html