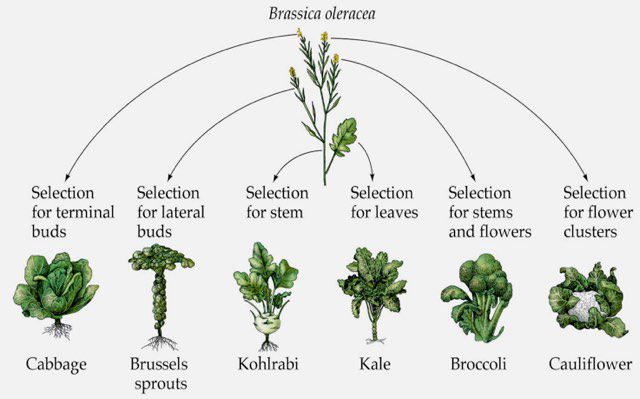 A research team from the Francis Crick Institute discovered that mice that were fed a diet that had a high amount of indole-3-carbinol were protected from inflammation and cancer in the colon. Indole-3-carbinol is a compound that is produced when we digest vegetables that belong to the Brassica genus, which includes broccoli, cabbage, and kale. The study examined how indole-3-carbinol can prevent colon cancer and inflammation through the activation of a protein that is known as the aryl hydrocarbon receptor (AhR). AhR is an environmental sensor that protects the lining of the lower digestive tract to protect the body from the bacteria that inhabit it.

The research teams studied genetically modified mice that could not produce or activate AhR, which quickly led to colon cancer. Dr. Amina Metidji discovered that when the mice were fed a diet that included high amounts of I3C, they did not develop inflammation or cancer. When the mice that had cancer were fed the I3C diet, they developed less tumors. The tumors that developed, however, were mostly benign instead of malignant.

The I3C diet also had an effect on normal mice, since the normal mice that were fed the I3C diet or standard food did not develop tumors during the study. However, normal mice that were fed a control diet developed tumors. The purified control diet consisted of exact mixtures of carbohydrates, proteins, fats, and fiber that were enriched with vitamins and minerals. The control diet, however, had less AhR-promoting chemicals than the I3C diet. According to Dr. Chris Schiering, this section of the study suggested that a low-vegetable diet can lead to colon cancer, even without genetic risk factors.


I thought that this discovery was important because it showed that vegetables are a crucial part of a healthy diet and that they play an important role in reducing a person's risk of getting cancer. The discovery also showed that even with genetic risk factors, a diet rich with I3C can reduce the severity of certain colon cancer symptoms and possibly prevent colon cancer from developing in people who are at risk. This discovery makes me wonder if that diet could be effective for people who are prone to inflammation in their intestines due to inflammatory bowel diseases. For example, Crohn's disease is a type of inflammatory bowel disease that can increase a person's chances of getting colon cancer. This makes me wonder if the Brassica genus could help people who have these conditions, reduce their risk of cancer, and alleviate certain symptoms.