A recent study performed at Ruhr University in Germany has identified a gene responsible for miscarriages among mothers. Modified knockout mice were used to determine the effect of the gene throughout the experiment. A transcription factor is a protein that controls the rate of transcription of genetic information from DNA to messenger RNA, by binding to a specific DNA sequence. Math6 is crucial to organs during prenatal development.  The Math6 gene does not affect embryonic development when it is turned off however the embryo is not provided vital nutrients due to placenta problems.
When researchers cross-matted the mice, it was found that the disorder occurred only when the pregnant female lacked both parental copies of the Math6 gene. The disorder depends on the genetic makeup of the mother, not the embryo. In my opinion, this is a important area of research. Families are affected drastically by reoccurring miscarriages . The researchers at Ruhr University want to advance their study to focus on reoccurring pregnancies next. If more research is concluded, in the future there can be a solution or treatment to prevent the loss of pregnancies for mothers. 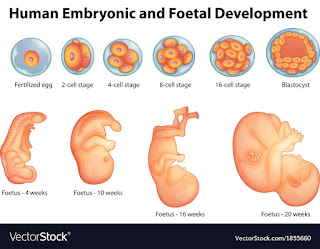