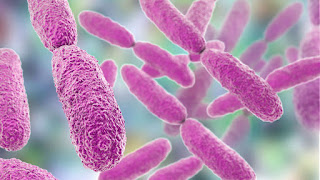 Many people are understandably worried about the rise of antibiotic resistant bacteria. These have caused much suffering, and are in the news from time to time. You may have heard of the new resistant “super gonorrhea”.


Luckily a group of compounds called arylomycins has been modified in such a way that it now offers hope. These compounds were already able to penetrate the outer membrane of gram negative bacteria, but until now they had trouble binding due to not being able to reach the enzyme they needed, which is embedded in the bacteria’s inner wall.  A newly modified type, called G0775, can successfully bind to and fight gram negative bacteria.  Even more exciting, it has shown success against antibiotic resistant strains, including a strain of K. pneumoniae which had proven resistant to 13 classes of antibiotics. It is important to note however that these experiments are still at the mouse phase of testing and it’s not uncommon for compounds that show promise at this stage to show toxicity later.


In discussing this research, Paul Hergenrother, a chemical biologist from the University of Illinois, pointed out that a barrier to getting antibiotics approved is that they must show a very low level of toxicity, unlike other types of medication, such as those for treating cancer. While this has made perfect sense for general use antibiotics, I can’t help but wonder if there might be value in allowing the use of an antibiotic specifically for resistant strains, despite having higher levels of toxicity, just until a safer option can be found. It could have a place in saving lives of those who can’t be saved otherwise.