koalas genetic code had been sequenced 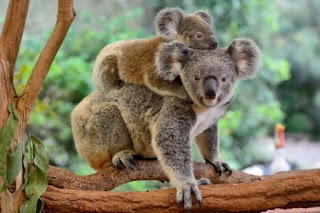 To date there has not been a marsupial genome that has the quality as the human genome, until now. Called 'The Koala Genome Consortium' has sequenced over 3.4 billion base pairs and more then 26,000 genes in the Koala genome. The Human genome has 3 billion base pairs making the Koala genome larger. This has been completed with a 95.1% accuracy(1), being comparable to the human genome.
Professor Johnson wanted to use genomics to conserve the species, she believes that with the genetic blueprint will "unearth a wealth of data regarding the Koalas unusual and highly specialized diet of eucalyptus leaves, but also provides important insights into their immune system, population diversity and the evolution of Koalas."(1)
"This was led by 54 scientists from 29 different institutions across seven countries."(1) The Koalas have given scientists a bit of a headache in terms of researching them, and many believe this high quality sequencing will lead to the betterment of conservation in a scientific standpoint.
This project began in 2013 driven by the want to ensure the survival the Koala, while also increasing Australia's genomic capabilities.
A few findings have unearth the Cytochrome P450 gene family of metabolic enzymes. These genes are expressed throughout the koalas tissues. This was found also mainly in the liver for detoxification that allows Koalas to be dietary specialists.
Professor Johnson states, "this probably helped them to find their niche to survive, as they could rely on a food source that would have less competition from other species who were not able to detoxify as effectively." also he believes " the next efforts must be in the application of these findings to genetically manage koala populations, advance the treatment of the diseases affecting koalas, with the goal of conserving this very important species."(1)
This genome project has already lead the advancement for understanding Koalas and will lead to the preservation of these beautiful marsupials. They have been misplaced due to the destruction of their environment, this has made them loose numbers in the northern region of Australia and been relocated slowly to the southern regions. They are thriving in the southern regions however with growing number of people these creatures will have less and less space to inhabit.
All the data is also open to the public.