The Battle over Gene-Edited Food 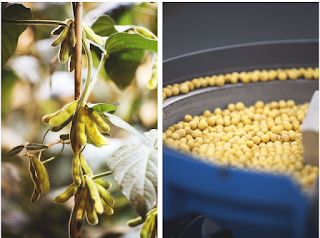 Since the 1980s when Genetically modified foods were introduced, there has been controversy and according to a study showing that 39% of people believe that genetically modified foods are less healthy that non-GMO foods, even though the World Health Organization (WHO) and the FDA have stated that they are safe and have had many global benefits such as increased food production. Originally, GMO crops have had genes from outside organisms, such as fish genes in strawberries, or other genes such as an added resistance to pesticides. However, due to advances in gene-editing technology, scientists can now change the cut and change the DNA sequence of crops and have been working on making drought-resistant corn, reduced-gluten wheat, and tomatoes with easy to remove stems.
Opponents of CRISPR technology such as the Non-GMO project, believe that even though this new type of GMO doesn't contain foreign genes, it is still unnatural because the Cas9 protein that cuts the DNA is from bacteria. Currently, the USDA does not plan to regulate gene edited crops the way they do with crops using genes aside from their own which means it will be faster and cheaper to get these new gene edited crops to the market.

Article: Is This Tomato Engineered? Inside the Coming Battle Over Gene-Edited Food
Related: What are genome editing and CRISPR-Cas9?
Posted by Unknown at 3:46 PM