Genetic Diseases pose a problem in the human gene pool. Some may be a simple nuisance while others may be fatal. However, several scientists from the Okinawa Institute of Science and Technology Graduate University have used rapamycin to inhibit cell growth and division of mutated DNA. Within their study, about 45 mutated yeasts out of the 1000 studied were treated through rapamycin addition and in a way "cured". From such a treatment, they were able to identify 12 genes that can be treated with rapamycin. Adding rapamycin to these genes can cause the cells to function normally (divide and grow at a normal rate). 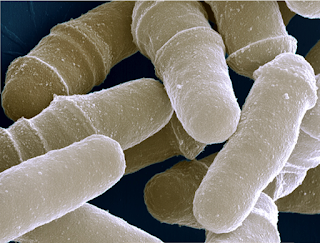 Such a discovery is a step forward in the right direction. Treating genetic diseases would be a monumental undertaking, but with the scientists from Okinawa, the future looks brighter knowing that the possibility of treating genetic disorders can be done.

Link to Main Study
Posted by Miguel Borbon at 11:37 PM