How lung cancer cells disguise themselves to evade chemo

How lung cancer cells disguise themselves to evade chemo 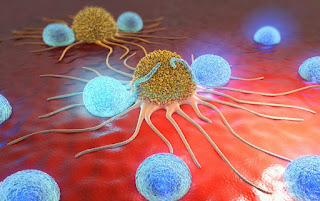 The results were that when depleting the lung tissue of the NKX2-1 gene it made the tissue change appearance and its behavior. The lung tissue began to resemble gastric tissue and even began to produce digestive enzymes Doing so made the lung tissue change its appearance and, surprisingly, its behavior.
In my opinion I believe that this is a monumental finding. This discovery can now lead to scientists and researchers planning ahead of steps they can take in order to study the paths that the cells take and design therapies to block them. Cancer, especially lung has effected many people, everyone has been affected in some way whether it be close or a friend of a friend. Any development in the discovery of fighting cancer is a victory.