In 2015, Researchers at University of California San Diego developed a breakthrough technique called active genetics. Active genetics allows parents to transmit most of a genetic trait to their offspring instead of the 50% of trait that would be transmitted in nature genetic inheritance. In an experiment using CRISPR/Cas9 to edit regulatory elements in native genomic environments, researchers found that active genetics are efficient in target gene insertion. Target gene insertion is also called transgenesis which is a single step replacement of genetic control elements. The study followed the genetic control of a gene responsible for coordinating the formation of a wing vein in fruit flies. The goal was to understand how the genetic mechanism that controlled the expression of this gene in time and space, then to hypothesize how this gene circuit evolved in the other species. From this study the researchers understood that interactions between chromosomes contribute to the control of gene activity. These interactive points could be potential target for epigenetic intervention. The study also demonstrated that general utility of active genetics as a form of engineering new organisms with novel traits. For active genetics to be used transgenesis, researchers have created a “CopyCat” cloning vector. This vector can be inserted into the genome at any desired location and get copied with high proficiency from one parental chromosome to another so that the offspring receive the CopyCat gene. This technique has the potential to develop solutions and advancements in multiple fields ranging from health to agriculture. I found this article to be extremely interesting because it proposes a direct route to manipulate the genome. This could improve gene therapies. The use of active genetics in transgenics seems similar to the concept of cloning a gene with plasmids. If this technique advances scientist might be able to replace a defected gene in a parent with a properly working gene so that the child will have a smaller risk of inheriting that defected gene. 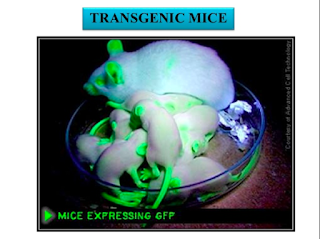 Posted by Katie McLaughlin at 11:56 AM